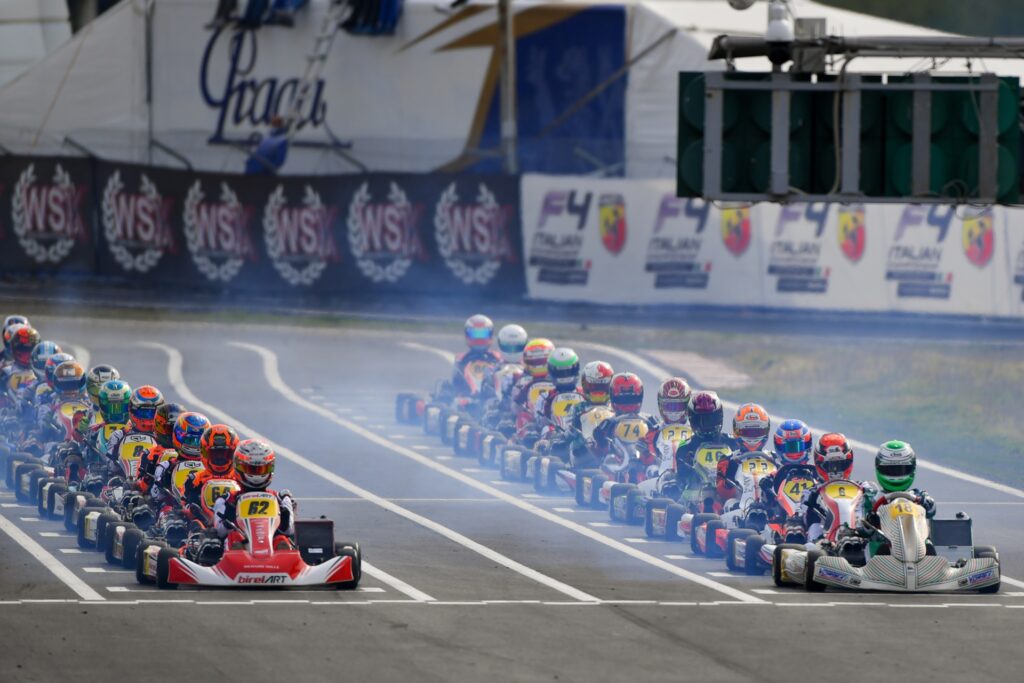 A total of 42 qualifying heats have been run on Friday and Saturday to define the finalists that will battle for the victory of KZ2, OK, OK-Junior, and Mini on Sunday by the 271 (out of the 300 entered) verified drivers coming from 47 nations. Several new names came to the fore. Among the most represented nations, Italy features 54 drivers, then Russia (24 drivers) and France (16).

KZ2: Gustavsson leads after the heats

OK-Junior: Powell as favourite under Dedecker and Krapin’s watch