The Circuito Internazionale Napoli held both the Qualifying and the opening heats of Round 3 of the WSK Super Master Series, this Friday at Sarno. Against the stopwatch, Juho Valtanen (KZ2), Arvid Lindblad (OK), Dion Gowda (OK-Junior), and Jimmy Helias (Mini) achieved pole position ahead of the opening heats where other protagonists emerged. 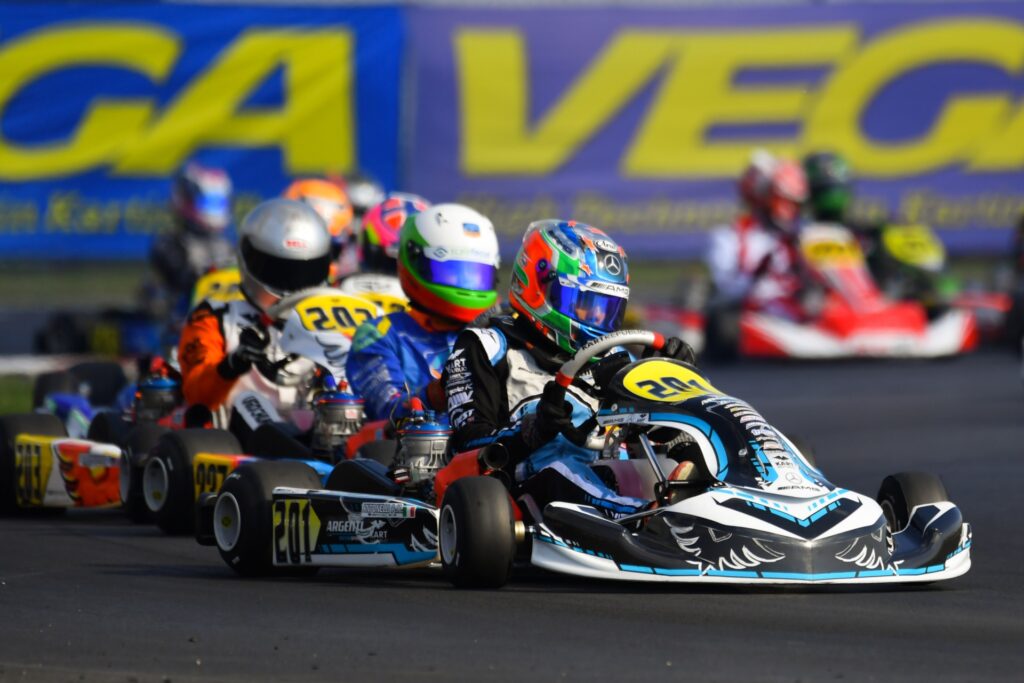 The provisional classifications of the series after two rounds in Adria and La Conca see the following leaders: Viktor Gustavsson (Birel ART/TM) in KZ2, Rafael Camara (KR/IAME) in OK, Alex Powell (KR/IAME) in OK-Junior, and Christian Costoya (Parolin/TM) in Mini.

The layout of the circuit of Sarno has been completely changed compared to its previous confirmation (as we explain in video) and it has been to be rediscovered in all the driven parts. The polesitters seem to have already built enough confidence on Friday with Juho Valtanen (KR/TM) the quickest of KZ2 in 53.015s, Arvid Lindblad (KR Motorsport/KR-IAME) leading the pack in OK in 53.190s, Dion Gowda (Kosmic/Vortex) ahead in OK-Junior in 55.109s and Jimmy Helias (Tony Kart/Vortex) having the upper hand in Mini in 1:02.452s. The result of Helias is sub judice as his team appealed the disqualification issued to the Frenchman after the practice.

The initial Qualifying Heats took place on Friday and will continue on Saturday as a total of 42 races will be run to narrow down the list of finalists compete on Sunday, March 28th. In the two KZ2 heats, victory went to the poleman Valtanen from Marijn Kremers (Birel ART/TM) and Senna Van Walstijn (Sodikart/TM), while the second heat was won by Adrien Renaudin (Sodikart/TM), who led Gustavsson and Francesco Celenta (Parolin/TM).

The first of the two OK eliminatory races was won by the classification leader Rafael Camara (KR/IAME). He led the poleman Lindblad and Tuukka Taponen (Tony Kart/Vortex), while Andrea Kimi Antonelli (/KR/IAME) won the second heat from his teammate Ugo Ugochukwu and Nikola Tsolov (KR/IAME).

The two provisional OK-Junior leaders are equal on top after the first six heats: Douwe Dedecker (KR/IAME) and his teammate Akshay Bohra (KR/IAME) both won two heats. The other heats went to Enzo Deligny (Parolin/TM) and Kostantin Krapin (Tony Kart/Vortex). The classification leader Alex Powell was also among the quickest.