The opening meeting of WSK Super Master Series is underway in Adria. Qualifying practice and the first qualifying heats unfolded on Friday, February 26th, with a lot of protagonists coming to the fore in KZ2, OK, OK-Junior and Mini 60. Further heats will be run on Saturday while the closing stages will take place on Sunday. 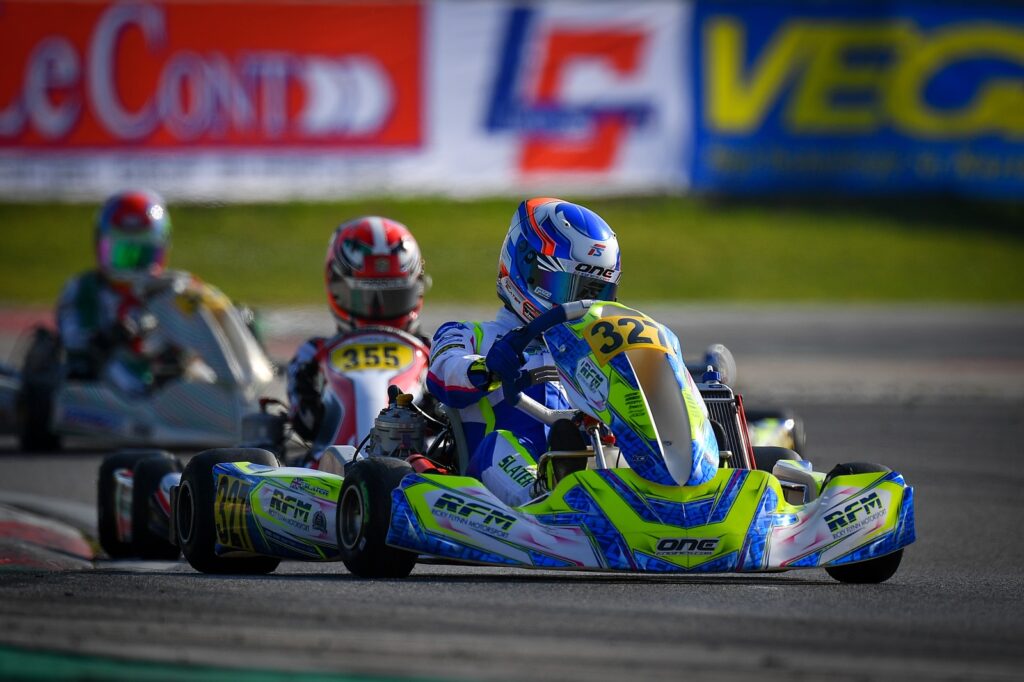 The fastest in OK was the Italian Brando Badoer (KR/IAME) in 48.040s, while his teammate Arvid Lindblad topped Series 2 in 48.091s. In the three OK-Junior series, the British driver Freddie Slater (Kosmic/Vortex) posted the fastest time in 49.690s, while the winner of the WSK Champions Cup Rashid Al Dhaheri (Parolin/TM) was the quickest of Series 3 (49.826s). The German Maxim Rehm (Kosmic/Vortex) set the pace in Series 2 with his best lap completed in 49.842s.

KZ2 appears to be quite open as several drivers came to the fore. In the first heat C-E, the victory went to the French Adrien Renaudin (Sodikart/TM), leading the Finn Juho Valtanen (KR/TM). Puhakka had the upper hand in the B-D heat ahead of Danilo Albanese (KR/IAME). Gustavsson won heat A-E from Renaudin, while Valtanen led Francesco Celenta (Parolin/TM) in the heat C-D.

In the two heats of OK, Lindblad led the winner of the previous race and teammate Rafael Camara in the A-B heat, while the Bulgarian Nikola Tsolov (KR/IAME) preceded the Italian Edoardo Ludovico Villa (TB Kart/TM) in the C-D heat.

In the nine heats of the Mini class, victories went to Enzo Tarnvanichkul (KR/IAME) in F-G, René Lammers (Parolin/IAME) in D-E, Kilian Josseron (KR/IAME) in B-C, Jan Przrowsky (Parolin/TM) in A-G and Tiziano Monza (KR/IAME) in B-E. Lammers won again in C-D, imitated by Gerasim Skulanov (CRG/TM) in A-B, Jimmy Helias (Tony Kart/Vortex) in D-F and Christian Costoya (Parolin/TM) in E-G. At the end of the nine heats, Skulanov and Przrowsky have the same number of penalties and are followed by Lammers.