Last year, the FIA Karting European Championship – OK & Junior started in Zuera with a program reduced to three events due to the pandemic. In 2021, the Spanish circuit will host the fourth and final round from 22nd to 25th July, at the end of which the European OK and Junior titles will be awarded. 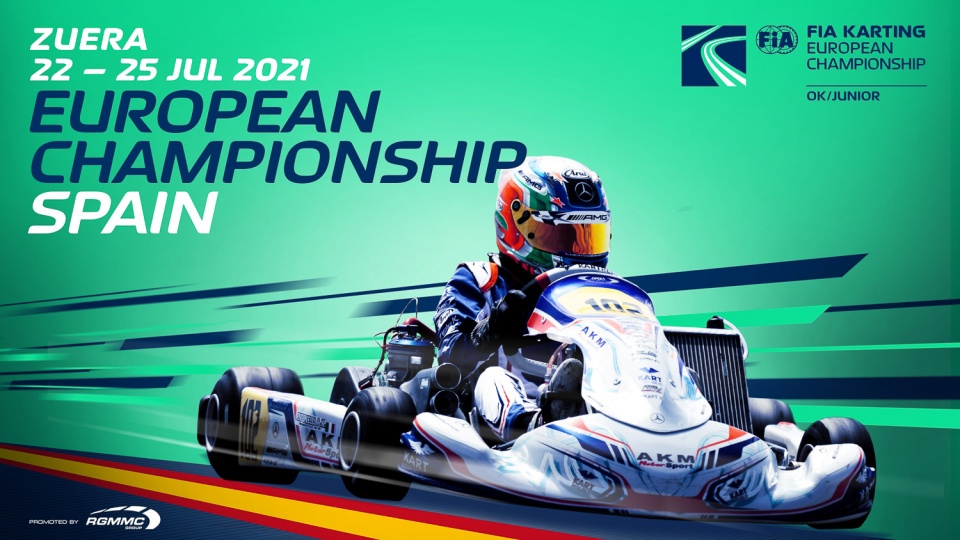 The Circuito Internacional Zuera remains the longest circuit of the season at 1700m located north of the city of Zaragoza, capital of Aragon. Known for its speed, with an average speed of over 100km/h in OK, the Spanish track is also very technical despite its relatively small number of corners compared to its length. The width of the track increases the possibilities of overtaking and the slipstream phenomena are not to be neglected. All these features have been appreciated by the vast majority of international drivers since 2007. The harshness of Zuera’s climate in the summer can lead to high temperatures or strong winds to add a little more spice to the competition.

The FIA Karting European Championship – OK & Junior is a four-event series and the title will be awarded to the driver with the highest total score after the worst result in the heats and final standings has been discounted. On the other hand, the last competition in Sarno showed a relative redistribution of the talents involved and it is not impossible that the trend will continue in Spain with the appearance of new names at the top of the event’s rankings. Brazilian manufacturer MG Tyres will be the exclusive tyre supplier for both classes.

Britain’s Freddie Slater has more to offer than just his dominance of the provisional FIA Karting European Championship – Junior standings. His determination in battle and his ability to excel make him the favorite in the title race in addition to the support of a very experienced team. Three other drivers can still challenge him for the Championship – the Brazilian Matheus Ferreira, the Jamaican Alex Powell, and the other Briton Harley Keeble who has just recovered from a bad start to the season. That said, the Spanish competition could well provide other young talents with the opportunity to shine. Russia’s Anatoly Khavalkin, Sri Lanka’s Yevan David, and Italian-American James Egozi are perfect examples of the large OK-Junior pool.

Provisional FIA Karting European Championship – Junior standings before the fourth round in Zuera:

OK: Antonelli at his best

While the Brazilian Rafael Camara had shown himself to be very strong at the start of the FIA Karting European Championship – OK, the Italian Andrea Kimi Antonelli reversed the trend with panache by taking two victories which enabled him to regain the lead. His real lead is even greater than what the current ranking shows, including the final countdown against his direct pursuer, the Briton Arvid Lindblad. The Bulgarian Nikola Tsolov is the fourth theoretical contender in the race for the title. The fight for victory in Zuera will of course involve other drivers. Artem Severiukin (RUS), Joe Turney (GBR), and Timoteusz Kucharczyk (POL) lost out in Sarno for different reasons, Ugo Ugochukwu (USA) is determined to do better, while Evan Giltaire (FRA) is looking to continue his run of good performances.

Provisional FIA Karting European Championship standings – OK before the fourth round in Zuera: