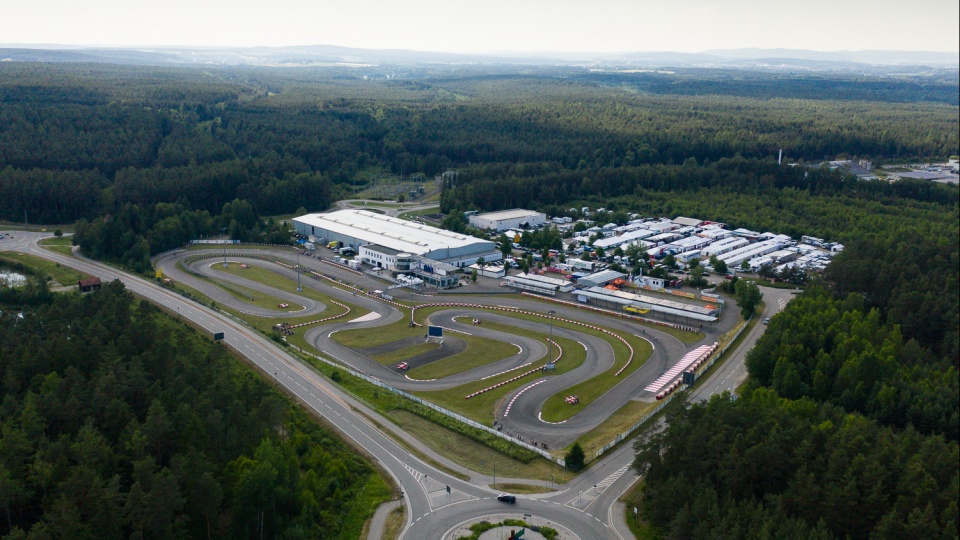 The German FIA Karting event started very well in summer weather. Temperatures exceeded 30° during the afternoon. The recognised rigour of the host country and the organisers Prokart Raceland produced quality sporting confrontations in a very well regulated infection-control context. The great unknown of this event was the MG Tires used for the first time in KZ, KZ2 and Academy. The teams were able to familiarise themselves with their characteristics during the Free Practice sessions in order to prepare for the Qualifying sessions. At this stage, the results are quite positive, including in terms of pure performance.

A 13-year-old British boy was the fastest of the 48 participants in the 2021 FIA Karting Academy Trophy in the second session of Qualifying. The Exprit/Vortex/MG karts supplied by OTK Kart Group once again showed a very high level of performance and fairness. Bart Harrison achieved a good pole position with a time of 50”755 on his fifth lap. German Maximilian Schleimer was the fastest in the first session with a time of 50’831. Dutchman Reno Francot was third fastest, ahead of Yevan David (LKA) and Maciej Gladysk (POL). Tyler Jean Robinson, the South African driver supported by the FIA Women in Motorsport Commission, put in an encouraging performance in 30th place in Qualifying.

Bart Harrison said: “We have made a lot of progress since the first sessions yesterday. I was quick in the last one just before Qualifying and I was able to go into it with confidence. The equipment is very good and the MG Tires give great grip once you understand how they work. I’m delighted to have got pole position, which is important at the Wackersdorf track.“

The young Dutchman Senna van Walstijn was able to take pole position in the Qualifying session of the FIA Karting European Championship – KZ2 in Wackersdorf. Although he knew the Bavarian track well, he was able to make the difference at the right moment with his time of 47”085, far ahead of his rivals in the second timed session. His compatriot Laurens van Hoepen was soon the fastest in the first session with a time of 47’196. The Finn Paavo Tonteri was still far from the mark with his fastest lap of 47”381 in the third session. Jorge Pescador (ESP) was fourth ahead of Giuseppe Palomba (ITA), while several top drivers are in a good position to make up for lost time in the numerous Qualifying Heats.

The CPB Sport driver had this to say after his pole position: “The speed was already there for a few days, but the last Free Practice was not easy. I’m very happy that we were able to put everything in order for Qualifying. The team had to understand the new MG Tires and adapt the set-up and strategy accordingly. This pole position is obviously a good way to start the European Championship.”

KZ: Emilien Denner takes the lead over his peers

A young French driver up from KZ2 in 2019, Emilien Denner faced his elders without hesitation during the Qualifying for the FIA Karting European Championship – KZ. Thanks to the confidence of the Intrepid Driver Program team, Emilien managed a time of 46”994, synonymous with pole position, in a particularly brief battle against the clock. “We learned about the MG Tires well during Free Practice. They are excellent over a lap, so we had to manage Qualifying well. I started quite late in the session while trying to get a free run. It was the right calculation and I can tell you that this pole position in KZ is important for me. A big thank you to my team and also to my engine manufacturer Cedric Sport Motors who also got the best time in KZ2 with Senna Van Walstijn.”

Provisional programme of the Wackersdorf event