Red Bull F1 driver Max Verstappen recently recalled some of his earlier times in karting, when crossing the path of a very young Mick Schumacher behind the wheel of leisure two-seaters. In 2021, the pair will meet again, for serious this time, on the Formula 1 grid. 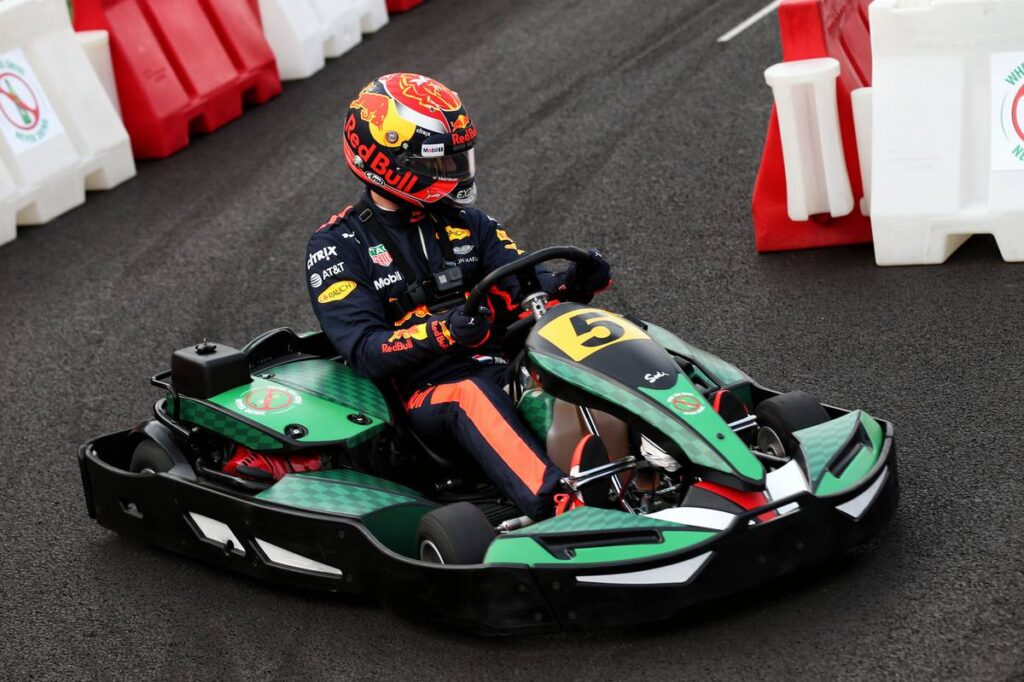 Max Verstappen at a Heineken Karting event, in Monza in 2017 (© Batchelor / XPB Images).

“I was three or four years old at the time,” remembers the Dutchman, quoted earlier this month by F1 Insider, about his first acquaintance with Michael Schumacher and his son Mick. “I just knew this was ‘Uncle Michael’, who was very nice, an extremely big family man. But I never saw him as a record World Champion. I wasn’t aware of that.”

“You can see in the old photos and videos we have at home,” he explained. “Mick or Gina was always there. It was great. I still have positive memories of those weekends today.”

“Nobody won because we just wanted to have fun,” he added. “We always drove two-seaters. Michael with Mick or Gina, my father with me. When it got too dangerous, the fathers quickly took over.”

Funny enough, the two were sharing good moments while not communicating in the same language, considering their different background and very young age. “I couldn’t speak German,” said Verstappen.“I have no idea how we were talking. But three or four-year-olds never have a problem communicating even if they don’t speak the same language.”

A couple of years later, history is about to repeat itself with Mick Schumacher entering Formula 1 in 2021. Following his title win in F2, the young German was signed up by the Haas F1 Team, with the backing of Scuderia Ferrari, alongside the Russian Nikita Mazepin.

While Verstappen has been making a name for himself since 2016 with Red Bull, he reckons his fellow german driver will have to deal with a greater amount of pressure than him, bearing the name of Schumacher.

“It’s different for Mick than it is for me,” said the 23-year-old. “His father is a seven-time World champion. That’s a difficult starting position at first. If everything goes well, it’s easy. But if things don’t go well, it’s not.”

“Even during his karting days, there was always the press around him. In F4, F3, and now the hype got even bigger. But he has a good environment, good people who take care of him. They do it very well.”