For Lando Norris, talking about his karting period brings its fair share of memories, especially all the fun that came with a sport, although “tough”, where he learned guidelines still useful to this day. To celebrate the extension of his F1 contract with McLaren Racing, let’s take a look at the British driver’s early years in motorsport. 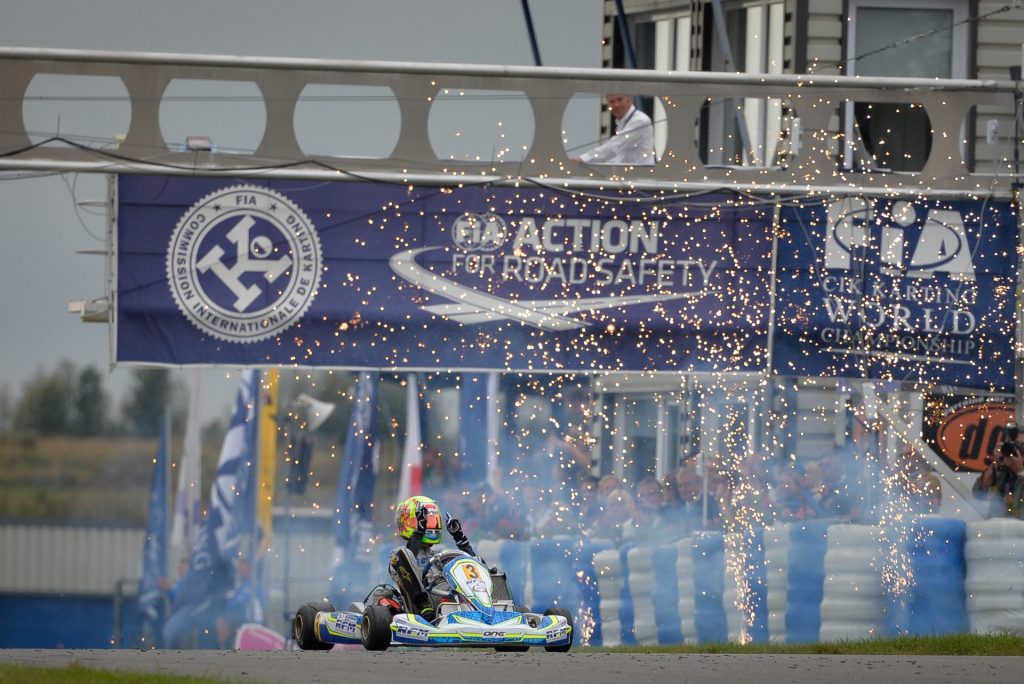 Fascinated at a very young age by MotoGP and Valentino Rossi, Lando Norris discovered karting at seven years old when his dad took him, and his older brother Oliver, to the Clay Pigeon local track for a round of the British Super 1 Championship. That’s where Lando’s interest in motorsport really found its roots, as he would soon make his debut on track at the wheel of a kart bought by his father.

When we met him at the 2019 F1 Hungarian Grand Prix, McLaren CEO Zak Brown’s protege shared some thoughts on how karting had shaped him, not only as a driver but also as a young man. “The main thing is that you learn a lot about the initial basics of a lot of things: the racecraft, how to put a qualifying lap together, a lot of the baselines for a lot of things you need, not just for Formula One but car racing. Although it’s still very different [in F1, ed.], all of the characteristics are kind of similar.”

“Karting was nice because it was more relaxed, in a way, and a lot more open”, he recalls. “You can have a lot more of a jolly than you can find in F1. You go and drive, do the race and, as soon as you finish, it’s like you’re in school during break time, you go have fun. Generally, you also have a lot more teammates, friends, and mates around, it’s more social. This is something I do in F1 but it’s more restricted…”

In a recent interview for the “Beyond The Grid” podcast, F1 fans’ 2019 “Rookie of the Year” remembers how much he had to dedicate himself to his sport during his teenage years: “Karting was about driving and testing on Wednesday and Thursday, then racing on Friday, Saturday and Sunday. It was like that for the majority of the weeks, at least two every month in Italy, Spain, the UK. I was traveling from Tuesday evening or sometimes from Tuesday at lunch [until Sunday, ed.]. It was a lot of time.”

“I don’t know why anyone would cope with the idea of having Wednesday,-Thursday-Friday-Saturday-Sunday weeks of karting,” he stresses. “I was doing it when I was 12, 13 years old but there are kids who do that on a regular basis at eight or nine years old. It was a bad thought-process from whoever came out with that but now they’ve changed it to usually Friday, Saturday and Sunday.”

Still, the former Ricky Flynn Motorsport driver has no regrets about how his karting career went on, despite the fact that he might have missed out on a few things due to the many weeks spent on tracks. “I was loving it [being on the road, ed.] because I wasn’t at school [laughts],” he jokes. “Of course, I missed out on things, like a lot of ‘normal people’ things that, growing up, you would do with friends at school. I haven’t kept contact with any of my friends from school, which is sad when you think about it. [Karting] was a great but also tough time. Still, I would not change it for anything.”