The first meeting of the FIA Karting European Championship – OK/Junior was not easy for anyone. The continuous changes in the weather on the Genk circuit disrupted the Qualifying Heats. On top of that, the Birel ART Racing Team was not spared the vagaries of competition. However, the weekend’s results were far from negative. 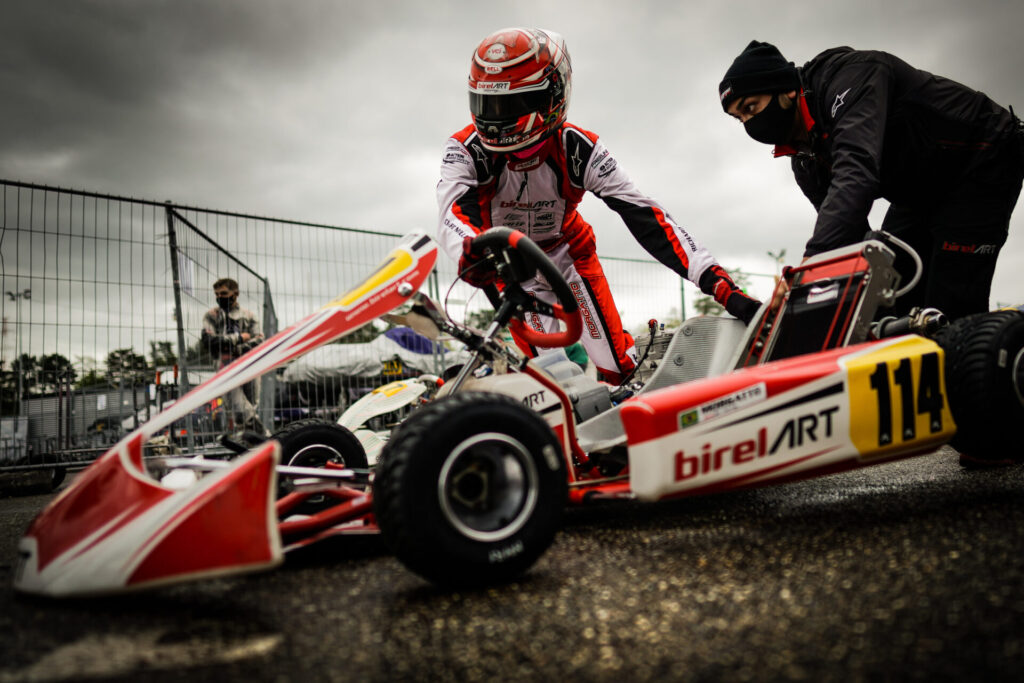 Riccardo Longhi, the new team manager of Birel ART Racing, is confident in both the equipment and the people, and his experience of racing allows him to envisage great successes for the next races.

“I must admit that luck was not on our side in Belgium, but the meeting was positive as far as our speed is concerned, both in OK and in Junior. Our chassis performed well in all conditions with the TM Racing engines. In the Senior class, Kucharczyk, Morgatto, Bertuca and Cepil were very fast in the dry and in the rain. Minor technical problems compromised their chances of success, but this does not call their potential into question. I am convinced that the top five could be reached as the times similar to those of the leaders in the Final showed. Similarly in OK-Junior where Macintyre made an incredible comeback from Qualifying, especially on a slippery track on Saturday. It wasn’t our weekend, we didn’t do well, that’s for sure. But I am still satisfied with our speed in both categories and the many fast drivers we can count on. I am convinced that we can turn the situation around for the second European event in less than two weeks in Aunay-les-Bois, France.“

OK: Morgatto not far from the goal

Matheus Morgatto started well with the third-fastest time in the OK Qualifying session. While the first three Qualifying Heats went well, he was pushed around in the last one, which pushed him back in the rankings. Despite starting in the middle of the grid, he climbed back to the eigth position, being faster than the top three in the Final. Tymoteusz Kucharczyk was also very competitive with his ninth time and two top-five finishes including a fastest lap in the race. Like Christian Bertuca and Igor Cepil, the young Polish driver was confronted with several technical and sporting problems. Ismoilkhuja Akmedkhodjaev made his debut with the team in difficult circumstances.

The young British hopeful unfortunately plunged into the depths of the rankings as early as the Qualifying sessions. He tried hard to get back into the heats, but fate was not in his favor. However, he managed to regain 39 places despite retirement and several penalties. Kimi Tani also made a strong comeback, whereas Thijs Keeren, better placed in Qualifying, had his share of problems. Neither Aurelia Nobels nor Ekaterina Luescher reached the Final.