Ayrton Senna would have turned 60 years old this weekend. So, we wanted to pay tribute to the legendary Brazilian driver by remembering his karting years in pictures. In this case, we didn’t choose a winning memory but rather the day when he missed another world championship title, back in 1980 at Nivelles, in Belgium… 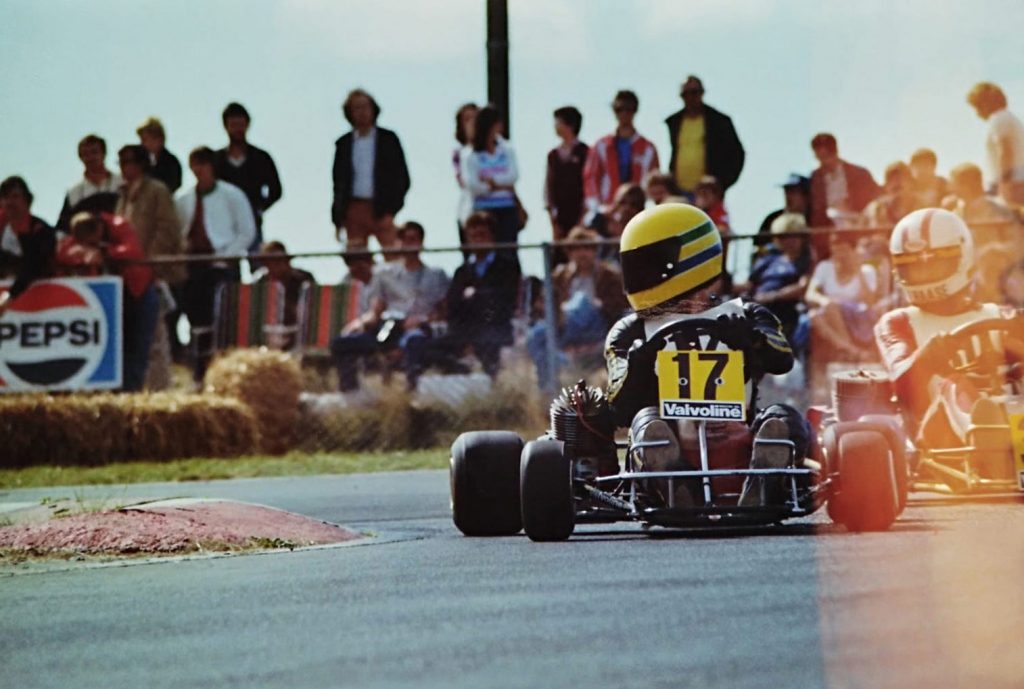 Before writing history behind the wheel of single-seaters, Ayrton Senna had already made a name for himself as early as karting where he gave his rivals headaches on go-kart tracks from the mid-1970s up to the early 1980s.

Ayrton, whose last name was Da Silva from his father Milton (before he, later on, chose to go by his mother’s Senna), sat in a home-made go-kart as early as four years old, quickly developing a passion turned into an obsession for this new hobby.

He started competing officially in 1973 at Interlagos, in Sao Paulo, where he won the local title, followed over the years by national trophies and even South American titles, enough to establish him as Brazil’s most promising young driver.

The world title that never came…

Senna made his racing debut in Europe in 1978. His first appearance at the World Championship, that same year at Le Mans, ended with a good sixth place. The following season, the Brazilian with the yellow helmet raised his game at Estoril, in Portugal, where he came very close to clinch the crown but was eventually defeated by his DAP teammate, the Dutchman Peter Koene, despite being on equal points.

In 1980, the season’s peak-event took place at Nivelles, in Belgium (see gallery below) on the weekend of September 21st. The challenge was again tricky for Senna, especially against rivals like 1973 world champion Terry Fullerton and the Dutch Peter De Bruijn, two of the most influential names in the sport’s history.

The competition didn’t start ideally for Senna who was hit by the Swiss Marcel Gysin in the first of the three Finals and finished a distant 13th while Fullerton won in front of De Bruijn. Luckily for the Brazilian, only the two best results were kept as he got back on his wheels by winning the second race against the Dutch with Fullerton in trouble. The third running turned into title-decider but Senna couldn’t do better than third behind De Bruijn, who took the world title, and Gysin.

Runner-up in 1979, defeated again in 1980, history will remember that Senna was never crowned karting world champion despite two other attempts in 81 (fourth at Parma, Italy) and 82 (14th at Kalmar, Switzerland). A disappointment that he quickly erased by stepping up to British Formula Ford 1600 in 1981, winning the British title in his first season on his way to Formula 1 and the astonishing career that we all know he would later achieve.

But that’s another story…

Below: Senna on the grid and in action at the 1980 Karting World Championship at Nivelles, in Belgium (photos: Raymond Biesmans / Guillaume Alvarez private collection)