George Russell, on the verge of tackling his second Formula 1 season with Williams Racing, still underlines the influential role that karting played on his career in motorsport, shaping him as a driver while giving him some of his best racing memories still to this day. 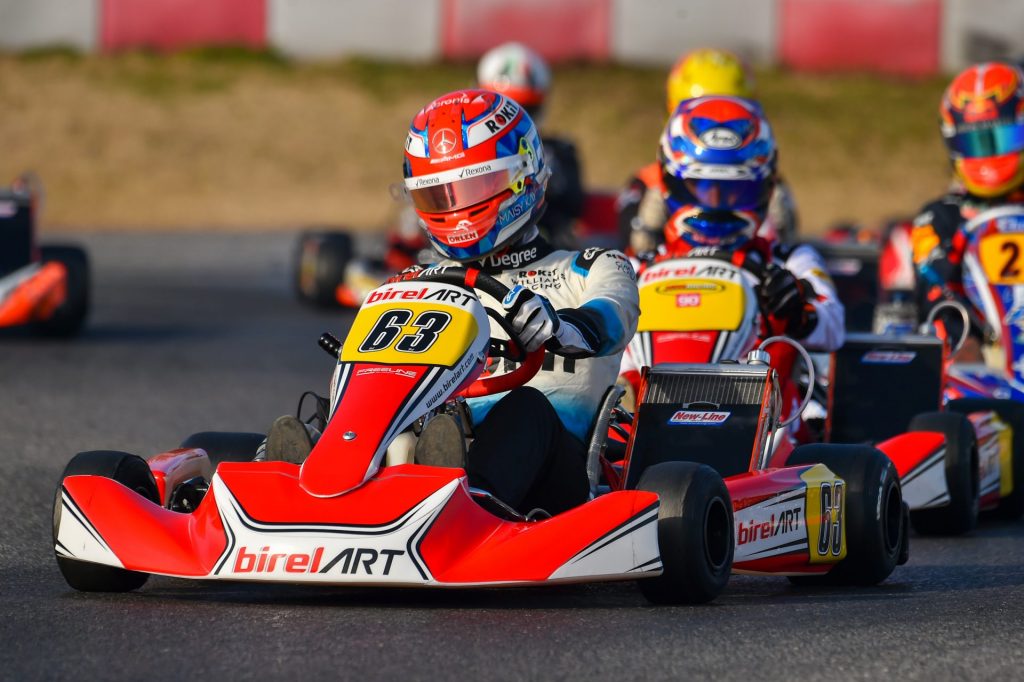 Russell cumulated karting trophies first in the UK in both Cadet and Rotax categories before stepping up to KF3 from 2011. For his maiden season in the class, he claimed an impressive victory in Las Vegas’s Superkarts! USA SuperNationals and became FIA Karting European Champion. He retained his title the following year, along with a win in the South Garda Winter Cup, before moving to single-seater after one last season in KF2/KF.

“Winning the European Championship for my first year in the KF3 class against Max [Verstappen], Esteban Ocon, Lance Stroll, and Charles Leclerc is a great memory,” the Brit recalled when we met him at the 2019 Hungarian Grand Prix.

“Back when I was in karting, the highlight was just the racing, it was just so pure. You didn’t have to worry about aerodynamics, dirty air or anything. It was just proper, pure racing and this was fantastic.”

“Karting teaches you the basics of a race in breaking late, hitting the apex, power early, racecraft, how do overtake, how to defend, etc. It’s by far the best school to learn racing but also how to develop as a person. There was something really special about it.”

Not long ago, the Brit was spotted at South Garda Karting with Alex Albon for a day of on-track fun at the wheel of KZ go-karts. While the Red Bull Racing driver went for Energy Corse material, Russell logically chose the Birel ART Racing Team for which he drove towards the end of his karting path.

This weekend, it’s back to business for both drivers competing in the F1 Australian Grand Prix held in the Albert Park of Melbourne!