Kimi Räikkönen and his son Robin recently went to the Vantaa track, in Finland, for another fun day of karting. Less than a year after he discovered the thrill of driving, could this new hobby turn into a future vocation for the five-year-old? 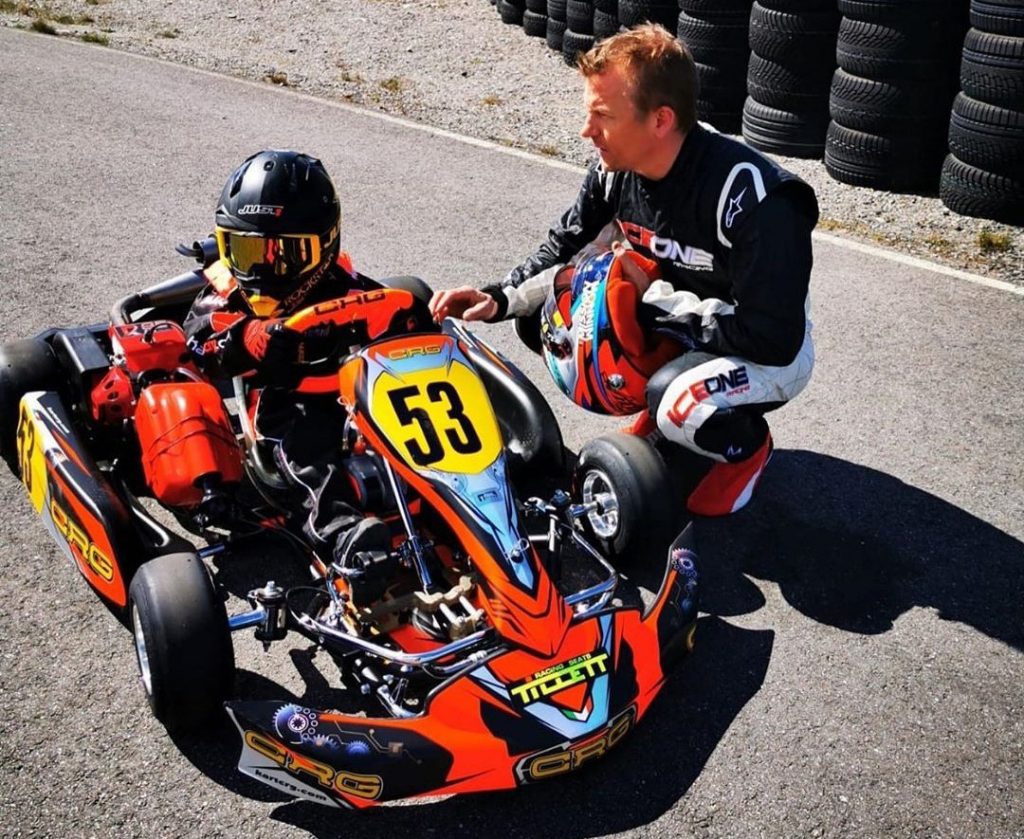 The son of Alfa Romeo Racing’s F1 driver got his first taste of karting back in August 2019 at the wheel of a Rotax Mini MAX from the CRG Factory.

“He had been asking me for a while to try a kart,” explained Räikkönen Sr. when we met him during last year’s F1 Belgian Grand Prix at Spa-Francorchamps. “He did his first test in Finland where it was easy for us to go. Someone borrowed the kart for us and it all happened very well. He enjoyed it very much.”

Could young Robin be tempted to emulate his father’s career choice in motor racing? “I don’t know yet, it’s too soon to say. If he asks me to compete, I would help him as much as I can.”

Back in the 1990s, karting meant living on the road for Räikkönen and his family who often traveled by van from their native Finland to compete on circuits all over Europe.

“I would not mind it today [traveling with his son to karting tracks, ed.],” Kimi admits. “But my wife already said that she would not come [laughs]! When I joked about going on a European car trip, she said something like ‘you guys can go but I’ll fly’. But I don’t have a camper van, so.”

“Still, it would be nice but, again, it depends where he would do it. Back in my days, it was a bit different because we were living in Finland and had to drive down to other countries to compete. It depends where you live, obviously.”

The Finn was recently spotted on the local karting circuit of Vantaa where he and Robin enjoyed some track time with GT driver and fellow countryman Toni Vilander and his son Luukas.

Räikkönen wasn’t the only one amongst F1 drivers spending time behind a kart’s wheel over the past few days. Kevin Magnussen (Haas F1 Team) took to the track in his native Denmark while Pierre Gasly did some laps at the Dubaï Kartdrome, then on France’s Anneville circuit where it all began for the AlphaTauri F1 driver.