After months of unexpected pause, the International Karting of Genk has recently reopened its doors but only for private kart owners. Koen Lemmens, at the helm of the circuit’s organization, shares some details on how they managed this return to business complying with Belgium’s safety guidelines. 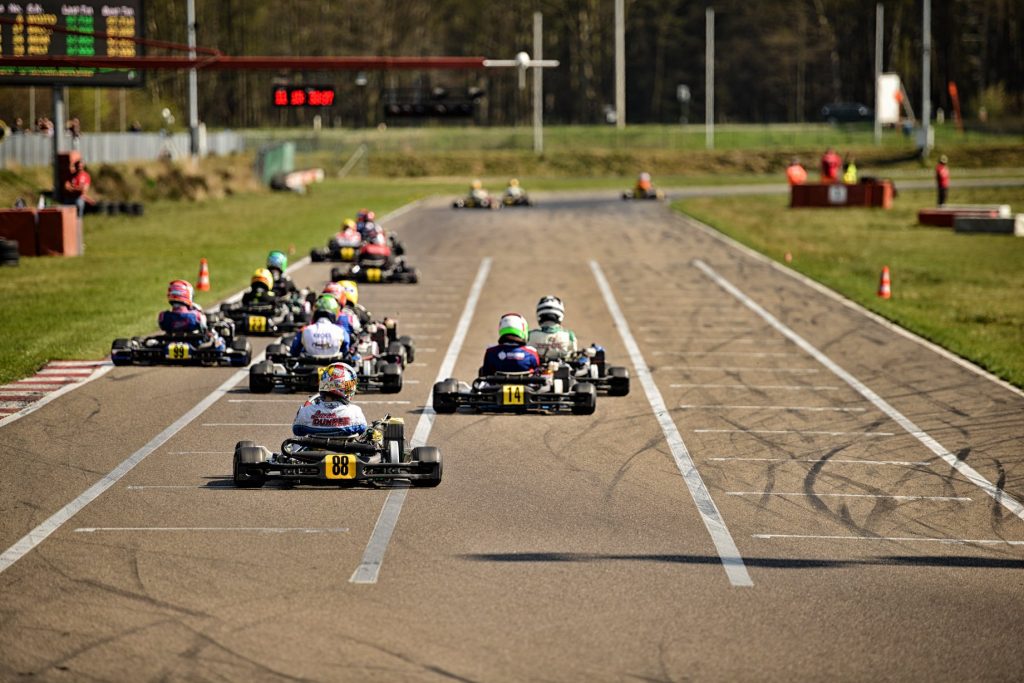 Almost 150 drivers for their first weekend, about 80 seven days later and around 20-30 on average during the week in between. While rental karting currently remains off the agenda, the recent partial reopening of Karting Genk still turned out to be positive for Koen Lemmens and his team.

“Demand was high,” confirms Mr. Lemmens when we talked to him on the phone. “As soon as we opened the registration, we quickly reached 150 subscribers but we had to cancel 50 requests because we were in overcapacity for the first day.”

“We put in place an online system for people not only to register but also to buy a ticket, so that we would have a precise idea of how many would be present. Eventually, we welcomed around 100 drivers on the first Saturday, which is rather impressive but all track activities were conducted in safe conditions.”

Still, some participants decided not to come at some point in the weekend despite having pre-registered. “On Sunday, we almost had 60% of ‘no-show’, so around 45 drivers. I think it had to do with Belgium’s Mothers’ Day or the fact that Mariembourg had announced their reopening one day earlier than us. We didn’t have the same attendance during the first week, which was quieter. It all went pretty well, everybody kept following the rules.”

Karting Genk had not spared their efforts for participants to use the facilities while complying with the measures imposed by the authorities. “We put lots of energy and thinking on how to manage the flow of people in and out of the track,” Lemmens explains. “We spent time arranging the location and bought extra material like fences to install in the paddock or at the pre-grid entrance to make sure that people would respect delimited zones.”

Still, it soon became clear that extra measures would still be required on the pre-grid where only drivers and mechanics are allowed. “As we function with sessions, whether it is for the Minis, Juniors, Seniors, Shifters and the other classes, we noticed that it gets a little too crowded on the pre-grid, pitlane, and the assembly zones.”

“So, since our first Monday of reopening, all the people entering this area must wear a mask until the moment they leave it. We discussed this measure with Thierry Lepinne [owner of the Karting des Fagnes of Mariembourg, ed.] because I think it’s important that procedures should be applied the same way everywhere.”

“On track, we proceeded differently to split the drivers. If it gets too crowded, we organize a 15 minute-session for Minis and the rest of each hour is free for the other classes. But if it gets even busier, we split each class into different sessions, so we never have more than 30 drivers on track at the same time.”

Local authorities as well made sure operations on and around the track were run by the book. “Over the first weekend, we had police controls four times. They were happy with what they saw, which is a good thing for the credibility of the sport and the track.”

“What’s important to have in mind is that Karting Genk is the first activity in the region to be allowed for a restart in this difficult period. So, I would not want the public to think that we are doing things wrong or that the drivers do not respect the measures.”

“Drivers I talked to were obviously very happy with the reopening. I think it’s important for teams to be aware of this opportunity. So, we asked them to share a part of the responsibility by controlling their own customers. It’s more like a collective task. This way, we can remain open.”

Earlier in May, the Asum Ring in of Kristianstad, in Sweden, held the first race of the year with a limited amount of drivers and under strict safety guidelines. Could this concept be emulated at Genk in the near future?

“It’s way too soon. If you look at Sweden and the way restrictions are applied there, it’s completely different. Organizing a race is not on the agenda and I would rather see this as a negative message sent to the public.”

“Different scenarios are on the table but they are still provisional because we don’t know yet how we would be allowed to organize a race. With how many drivers? With the public or not? There are a lot of factors to take into account but if we had the green light, we would be ready to organize it.”