The Leclerc by Lennox Racing Team made another step forward on the path to competitiveness at the Second Round of the WSK Super Master Series, last weekend at South Garda Karting. The entire line-up of the structure bringing the Charles Leclerc by Birel ART chassis to the track showed strong progress rewarded with their first Top-Ten result of 2020, showing good indications for the future. 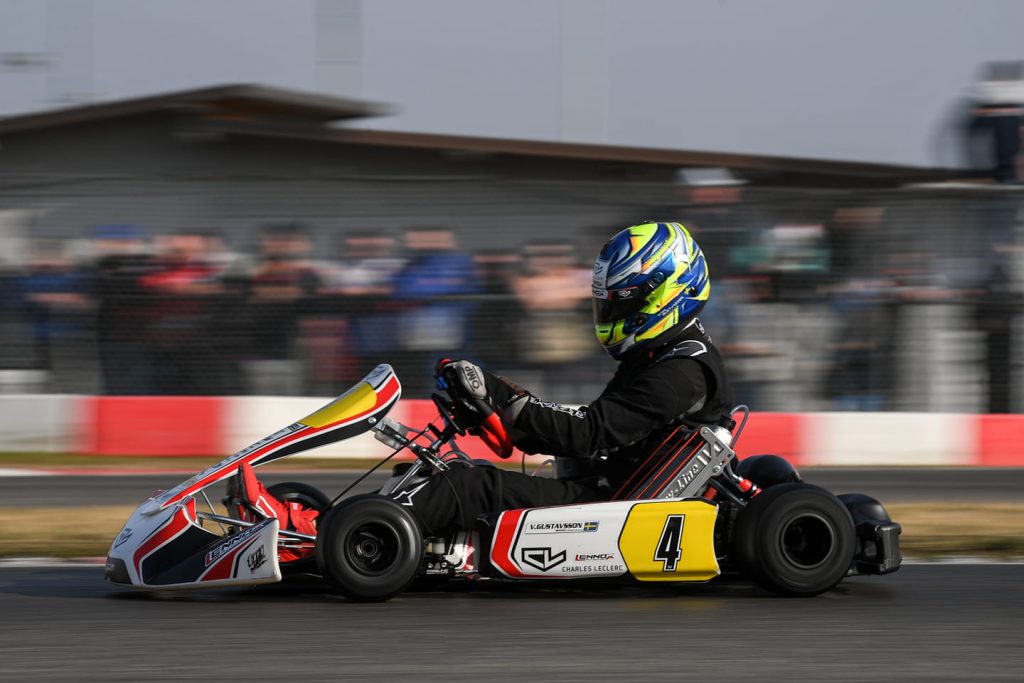 “I am very happy with the progress I have seen from the whole team, particularly the younger drivers in OK-Junior and OK”, stated the Team Manager Jordon Lennox-Lamb. “Everyone has proved they are doing well since the first free practice, once again confirming how good the base we started from was. It’s a shame for bad luck, especially in KZ2. Now we just have to keep working on improving more and more and be able to avoid certain situations.”

Returning to the race in OK, Jamie Day easily reached the Final thanks to his top-ten placing in the Qualifying Heats and seventh place in the Prefinal. Too bad for the imperfect start because the Englishman showed he was up to the challenge against the leading drivers. Roman Sharapov also managed to win the decisive race during which he recovered seven positions in addition to the nine recovered in the Prefinal.

The two retirements suffered on Friday and Saturday instead affected the weekend of Oliver Gray who, however, showed the most marked progress. In the Prefinal, in particular, the Brit took the fastest lap before having to retire due to a contact that happened in the tussle of the race.

As for the drivers involved in OK-Junior, Rafael Modonese managed to recover 21 positions between the Timed Practices and Qualifying Heats, subsequently disputing an excellent test also in the Prefinal. Despite an early ending, the speed achieved was really satisfying. Ivan Domingues also reached the Prefinal where he recovered 13 positions and missed access to the decisive race by a whisker. More difficulties for Kostin Platon who accumulated other valuable experience for his professional growth.

The weekend in KZ2 was decidedly positive, ending with a seventh place in the Final obtained by Viktor Gustavsson after a six-position recovery. The Swedish driver also added a heats victory to his tally. Benjamin Törnqvist also did very well with a fast lap in the heats, a fifth place in the Prefinal before facing some difficulties at the Final’s start where he slipped to the bottom of the grid from where he recovered 11 positions.

A lot of bad luck for Matteo Viganò as well who was stopped by two consecutive retirements, one of which was in the Prefinal.

The Leclerc by Lennox Racing team will be back on track in two weeks’ time for the Third Round of the WSK Super Master Series taking place at the La Conca di Maglie International Circuit in the OK-Junior and OK classes.