The Kosmic Kart Racing Department had an overall positive weekend at the Second Round of the WSK Super Master Series, held at the South Garda Karting, with a great comeback, a second place in Prefinal and a Top Ten in Final. 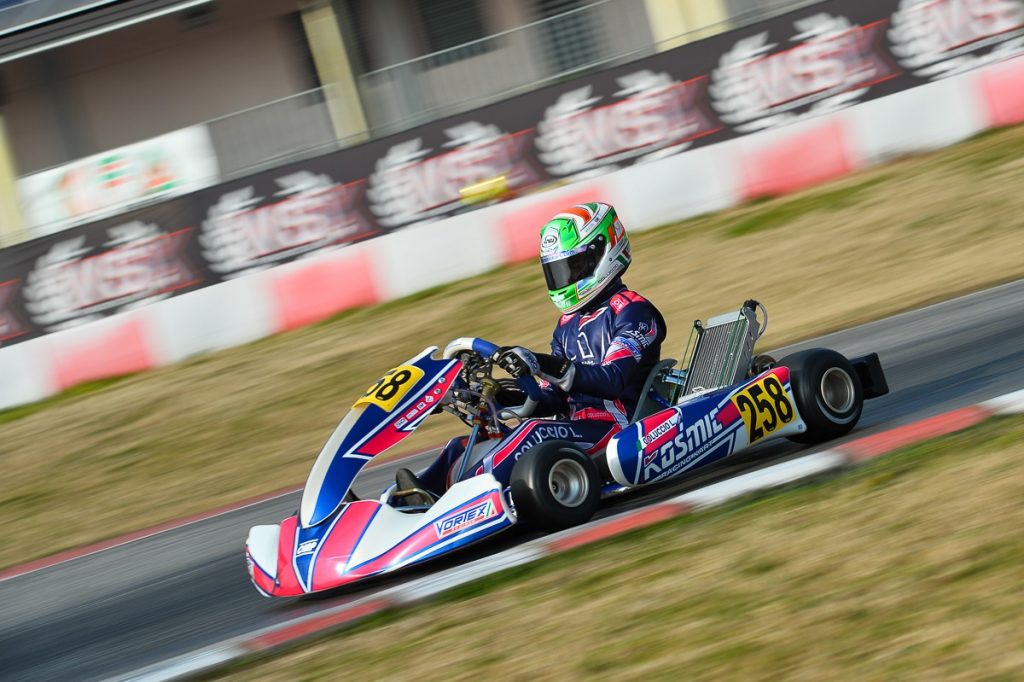 The second round of the WSK Super Master Series ended on a globally-positive note for the Kosmic Kart Racing Department at the South Garda Karting of Lonato. The OTK-backed team delivered strong performances, proving again the good preparation work carried out in this early part of the season.

The team’s best result came in the OK category where Luigi Coluccio produced another high-level weekend with the Final’s sixth position. The Italian reached the Top Ten following a brilliant performance on Sunday morning. After a disqualification in the heats nearly compromised his whole weekend, he managed to recover a total of 15 positions up to sixth in Prefinal to get his ticket for the main event. Ville Malja delivered a positive race as well. Thanks to two second-place finishes in the first ten, the Swede gained access to the Prefinal where a penalty put an early conclusion to his weekend.

In OK-Junior, Alexander Gubenko performed at his best, obtaining four positions in the Top Ten during his Heats, including a fifth, which he repeated in the Prefinal, like the Belgian Ean Eyckmans who proved to be back to a high level after suffering from an injury.

Important deal of progress also showed by Axel Malja and Ruiqi Liu. The first was very determined in the heats, ending twice in the Top Ten while the latter recovered a total of 26 opponents in his heats. Eventually, two retirements denied him access to the Prefinal.

The next race meeting is scheduled in two weeks on the Circuito Internazionale La Conca, Southern-Italy, where the Kosmic Kart Racing Department will enter in OK and OK-Junior classes in the Third Round of the WSK Super Master Series from March 6th to 8th.