New stage for the CRG Racing Team which took part in the Second Round of the WSK Super Master, last weekend at South Garda Karting, in preparation for the first FIA Karting meetings on the season. 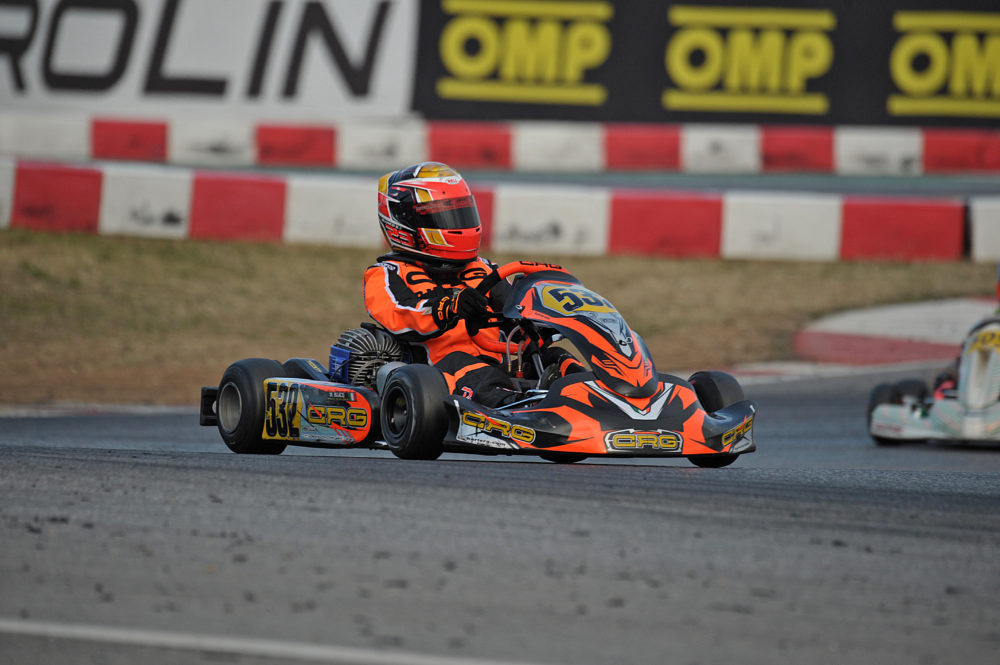 The official Factory Team has deployed as many as 15 drivers divided into the four categories on track: Mini 60, OK-Junior, OK and KZ2. In all classes, an important amount of work was carried out with the current chassis which allowed drivers and technicians to have very useful feedback.

In the Mini 60 category, which saw 108 drivers at the start, the official CRG team is growing fast with every race and among the six drivers lined up, Simone Bianco stood out in particular, finishing the Final in fourth place.

The Spaniard Christian Costoya was also very positive, author of a third and fifth place in the heats but then was delayed by a contact in the Final. Another race contact, however, eliminated Samuele Leopardi in the Prefinal where he was the second-fastest driver on track. In the Juniors, two accidents in the heats complicated Marenghi and Gené’s weekend while Magnussen faced a similar fate in the Final.

The CRG drivers also had some ups and downs in OK and KZ2, but it must be said that these two categories are those where the greatest technical work is taking place in view of the FIA races with results at this stage of the season being put in the background.

Next meeting on track for the CRG Racing Team will be with the Third Round of the WSK Super Master scheduled in Muro Leccese from March 5th to 8th.