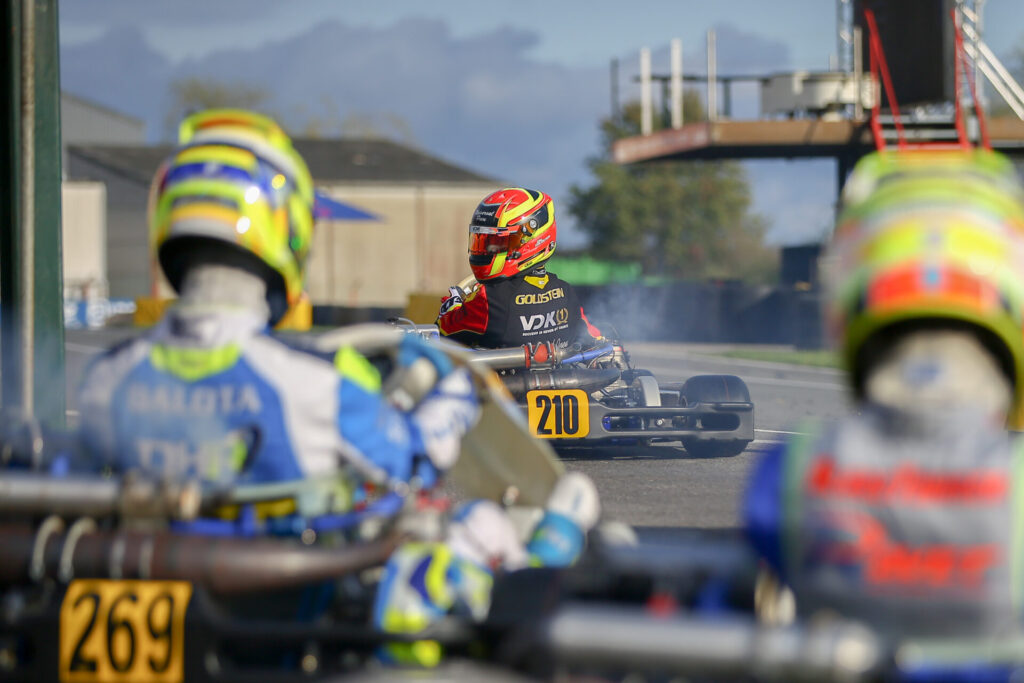 Belgian driver Elie Goldstein (VDK Racing) stormed to pole position for tomorrow’s Prefinal thanks to two victories in the heats. The overall polesitter Sam Balota (Dan Holland Racing) defeated him on the third race, while Guy Cunnington (Strawberry Racing) took two wins, meaning he could take the season title on Sunday if he stays ahead of his main rivals. Cian Shields (KR Sport) also grabbed a win while Maximus Mayer (Fusion Motorsport) never finished outside the top 5.

Aaron Walker (Strawberry Racing) took one step closer to the Junior title by claiming Sunday’s pole position at Mariembourg. His victory in the opening heat, along with a couple of third places, put him on the front row of the grid alongside Oliver Greenall (Fusion Motorsport) who went on to score equal results. Walker got the upper hand thanks to his faster qualifying laps. Polesitter Ruben Volt (Dan Holland Racing) won one heat and will start from the second row of the grid with Santiago Vallve (Kart Republic Spain) by his side.

Sacha Van’t Pad Bosch (Fusion Motorsport) kept his cool to grab the pole position for tomorrow’s Prefinal encounter. Thanks to two heat wins to one for Thibault Ramaekers (Eurokarting), he secured the inside line for the crucial race that could see him finish the competition in the top 3. Cathal Clark (Fusion Motorsport) will start the Prefinal from fifth on the grid, behind Thibauld Gelade (Eurokarting) and Mike Blankespoor (PDB Race Team) followed by Tiziano Kuzhnini (Spirit Racing.ch) in sixth.