Sam Balota (Senior) Ruben Volt (Junior) and Sacha Van’t Pad Bosch (Mini) claimed pole position on Friday, October 9th, at the end of highly-disputed Qualifying sessions on the Karting des Fagnes of Mariembourg, host of the third and final round of the 2020 IAME Euro Series! 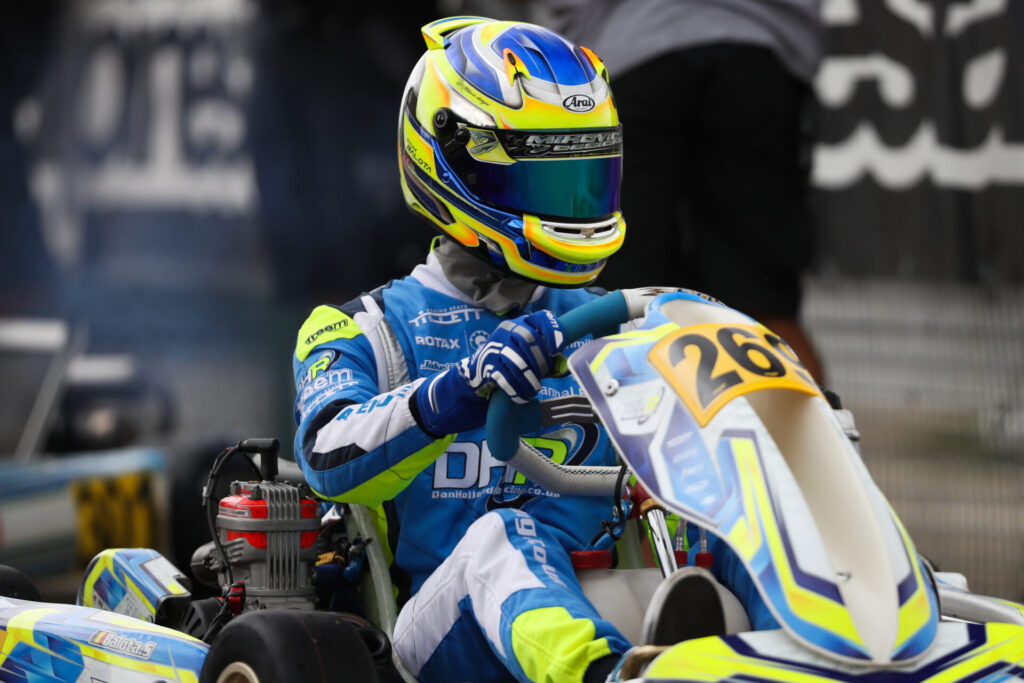 Belgian driver Sam Balota (Dan Holland Racing) bagged pole position on home soil in what was arguably the closest Qualifying session in the competition’s history with nine drivers covered by less than a tenth of a second!

The Brit Guy Cunnington (Strawberry Racing) finished runner-up to Balota, ahead of Cian Shields (KR Racing) with Castelletto’s winner Edoardo Villa (TB Kart) achieving the fourth-best lap time. The Italian starts to know his way around the track since he competed in the second round of IAME Series Benelux, two weeks prior to the event. Elie Goldstein (VDK Racing) rounded up the top five.

Ruben Volt (Dan Holland Racing) took his second pole position of 2020 after a strong run in Junior’s Qualifying. Nathan Ottink (Daems Racing) almost stole the glory for himself, as he set a time fast enough to put him second overall in the first group.

Santiago Vallve (Kart Republic Spain) and Aaron Walker (Strawberry Racing) are set to fight for the class title, starting from third and fourth on the grid, while the Dutchman Youri Bonte (Delré Racing) will try to give them a hard time in the upcoming Qualifying Heats.

The Dutch driver Mick Blankespoor (PDB Race Team) will start the heats from the front row, ahead of Raemackers and the Brit Cathal Clark (Fusion Motorsport). Close opponents Tiziano Kuzhnini (Spirit-Racing.ch) and Adrien Ferrer (Praga Espana Motorsport) were unable to lap within half a second from the frontrunners.

Click here for the full Qualifying results in Senior, Junior and Mini