The Spaniard Santiago Vallve took the first Junior win of the 2020 IAME Euro Series in a highly-disputed Final, this Sunday at Essay, ahead of the British drivers Aaron Walker and Oliver Greenall. 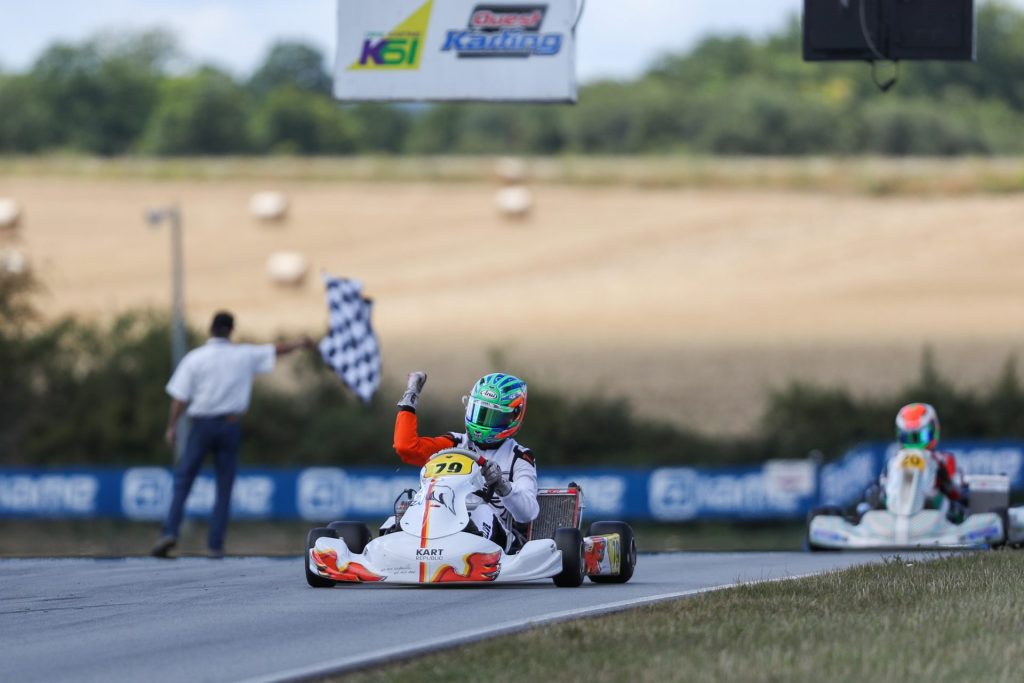 Santiago Vallve (Kart Republic Spain) walked onto the Junior podium’s first step at the end of a thriller Final, this Sunday on the Aunay-Les-Bois International Circuit! Starting from pole position, following his win in the morning’s Prefinal, the Spaniard lost the lead in the early stages of the 19-lap race but kept himself in the leading group, waiting for the right opportunity to bounce back.

The chance eventually came less than two laps from the finish when Freddie Spindlow (KR-Sport) and Oliver Greenall (Fusion Motorsport) took each other off the track while battling for victory! The former, despite losing a bit of ground at the start, had made his way up to the lead halfway through the distance, keeping his countryman at bay with the chequered flag in sight. Eager to fight back, Greenall went for an audacious move on the penultimate round but both drivers went wide across the grass, allowing Vallve through for first place!

The Spanish driver held on to his position and victoriously crossed the line in front of Aaron Walker (Strawberry Racing), who started eight and charged his way up to second, and Greenall, ultimately saving the podium in front of Spindlow. The KR Sport driver eventually dropped a place due to a penalty, promoting his teammate Daniel Guinchard (KR-Sport) to fourth.

Check out the complete results of the Junior Final.

Vallve, having collected 89 points at Essay, leads the class standings in front of Greenall, 82, and Spindlow, 81. The 2020 IAME X30 Euro Series will be back on track on August 27-30 for its Second Round taking place on the Kartodromo Internacional Lucas Guerrero of Valencia, in Spain.