The 2020 IAME X30 Euro Series is officially underway on the International Circuit of Aunay-Les-Bois, in France. Following a series of Free Practices since Thursday, the drivers competing in the opening round of the series organized by RGMMC concluded their respective Qualifying sessions where Callum Bradshaw (Senior), Herolind Nuredini (Junior) and Fionn McLaughlin (Mini) took pole position ahead of Saturday’s heats! 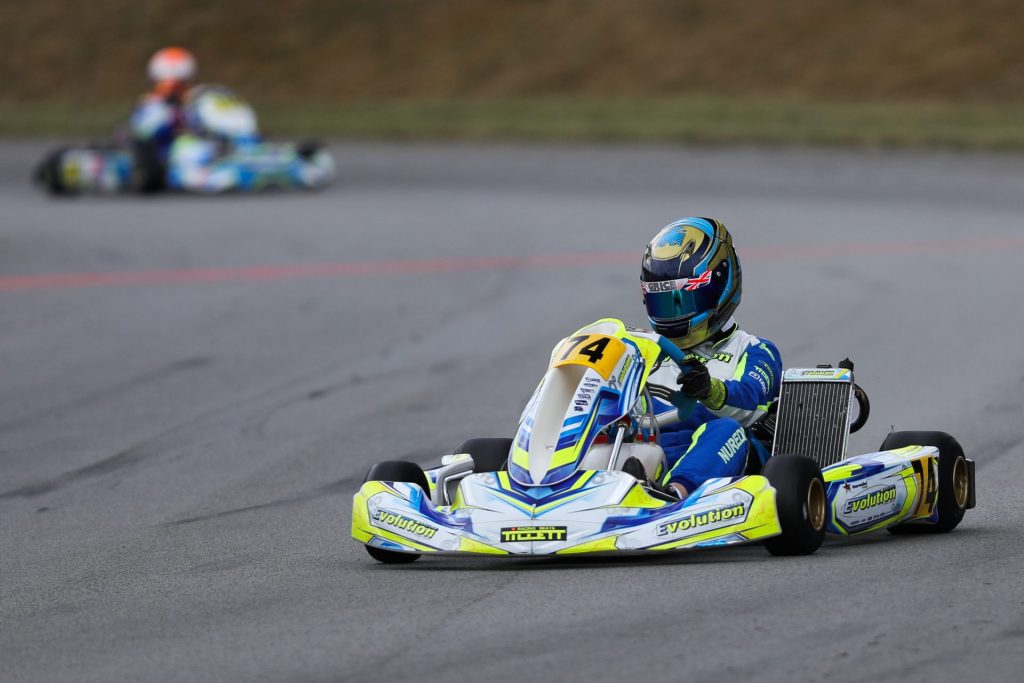 Callum Bradshaw (Fusion Motorsport) topped the Qualifying order in the Senior class, setting the fastest lap in the second of three series on track. The British driver’s lap turned out to be 0.013 seconds faster than the one of his countryman Harry Platten (BMR), leader of Group 1 and second overall. The Spaniard Maximus Mayer (Fusion Motorsport) was classified third on the class’s timesheet after topping the last group, ahead of the Frenchmen Dylan Leger (Kart Management) and Enzo Lévêque (Team KLN).

The Mini drivers were the firsts on track at the start of Qualifying, this Friday afternoon at Essay. Fionn McLaughlin (Fusion Motorsport) immediately showed some strong pace and took the fastest lap of the first series. The Brit would eventually keep his advantage once the two groups completed their session. The Dutchman Sacha Van’t Pad Bosch (Fusion Motorsport) topped the second series but fell 0.050 seconds short from pole. The Brit Cathal Clark completed a Fusion Motorsport’s Top-Three ahead of the Swiss Tiziano Kuzhnini (Spirit-Racing.ch) and the French Clément Outran.

Check out the complete qualifying order for Senior, Junior and Mini.

Drivers will be back on track from 09:00 am on Saturday for their warm-up sessions, followed by the Qualifying Heats to determine the starting order for the Prefinals on Sunday.

You may also be interested in: Green light for the start of the Euro Series with large entries