The Kosmic Kart Racing Department competed last weekend is the First Round of Champions Of The Future, in preparation for the opening of the FIA Karting European Championship – OK/Junior. On the Circuito Internacional De Zuera, the team’s standard-bearers showed some strong pace, proved by the second position in OK-Junior of Freddie Slater with Ricky Flynn Motorsport. 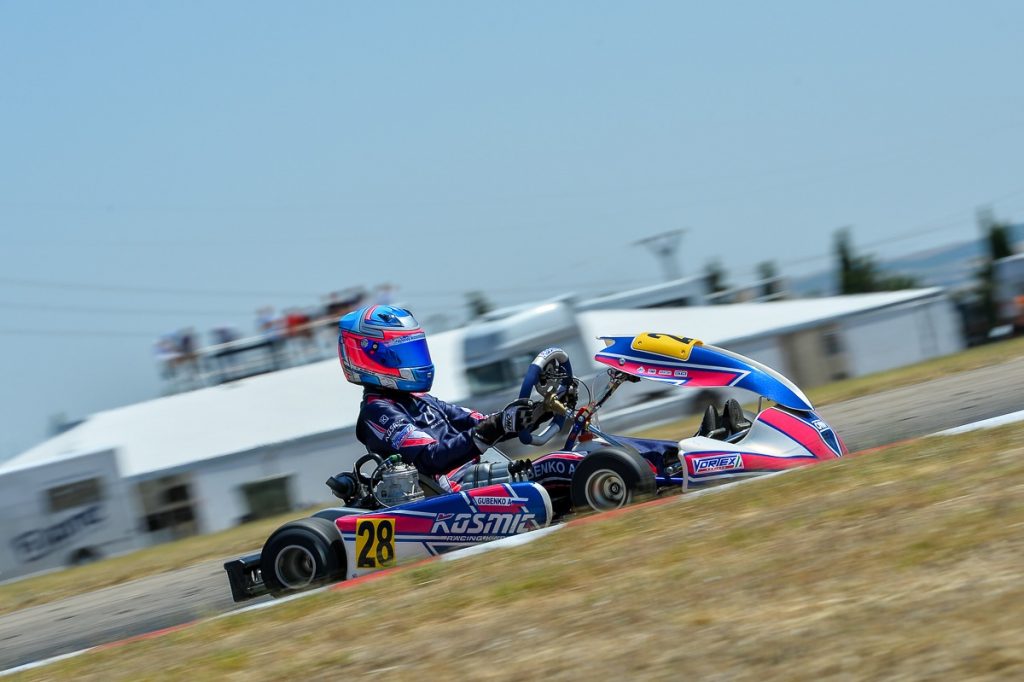 Also for the Kosmic Kart Racing Department, the best result of the weekend came from the OK-Junior class where Alexander Gubenko crossed the finish line in eighth place. The result of the Russian was the outcome of a brilliant comeback of seven positions after a 15th place in Prefinal. Gubenko played a leading role during the Qualifying Heats, centering a third place and obtaining the seventh position in the overall ranking.

For Ean Eyckmans, it was only a matter of finding the continuity of results that he still lacks as proved by his amazing 15-position comeback in Prefinal, which was however not followed by a brilliant Final. Axel Malja joined the team for the first time at Zuera after the forced break and took advantage of the event to regain confidence.

The weekend of Luigi Coluccio certainly deserved a better ending, once again firmly present in top positions of the OK line-up at the wheel of his Kosmic Mercury R. The Italian immediately gained a good place in Qualifying but a retirement affected his results in the Qualifying Heats. On Sunday, after recovering 10 positions in the morning Prefinal, he was involved in an accident during the decisive race, forcing him to end the weekend in advance.

After four races in three weeks, the Kosmic Kart Racing Department will exploit the break weekend to get ready for its next event, the FIA Karting European Championship – OK/Junior, on July 30th – August 2nd at the Circuito Internacional De Zuera.