Two weeks before the launch of the FIA European Karting Championship – OK and Junior on the same track, the first round of the new Champions of the Future series was a test with LeCont tyres in both categories. Although the racing was particularly tough on track, the Birel ART chassis showed excellent competitiveness. Kurcharczyk’s performance in the Junior heats, Ravenscroft’s convincing progress in the OK Final and Jamie Day’s superb Birel ART/TM Racing victory with the official Leclerc by Lennox Racing team in this category reinforced the favourable results of the previous races. 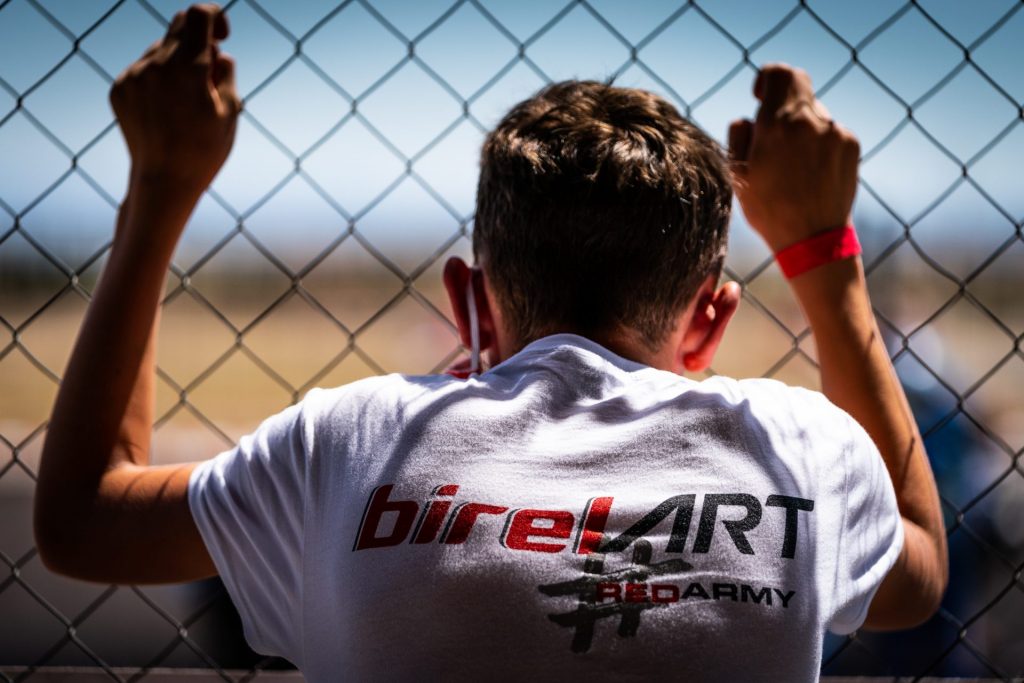 It was hot at Zuera, in the air, on the track and sometimes in the heads of some participants. The speed of the 1700m Spanish track is unforgiving of mistakes and the races often saw twists and turns. Only the mentally strongest drivers had a chance to go all the way.

“Birel ART Racing’s record could have been better for this opening round of the Champions of the Future series,” said Ronni Sala, President of Birel ART, “but at the same time, we were pleased to see drivers who were making their return to Zuera. I am well aware that the weekend was a difficult one for a comeback. Nevertheless, we can be pleased with the level of performance of our Birel ART – TM Racing karts equipped with LeCont tyres. This is very encouraging in view of the European Championship. The victory by a TM Racing engine in OK on one of our chassis, that of Jamie Day, is a nice tribute to the recently deceased Claudio Flenghi”.

Once again, Tymoteusz Kucharczyk was the top driver at Birel ART Racing in the Junior class at the wheel of his Kubica Racing Kart chassis. His bravery and fighting spirit are to be commended. He kept up the pressure in the Qualifying Heats to come back brilliantly in the top four, before fighting in the Prefinal after an incident that caused him to crash in 16th place. Always on the attack, he crossed the Final finish line in seventh position, but his spoiler was not in the right position and he received a five second penalty.

Christian Bertuca made up for a distant position in Qualifying by completing some good heats that allowed him to regain 20 places and he was still making up ground in the Final after being delayed by a spoiler penalty in the Prefinal. Keanu Al Azhari and Andrea Frassinetti, who started from a long way back Qualifying, were unable to qualify, while Adam Kowalski, a Czech driver trained in Easykart, was delighted to discover the high international standards of OK-Junior.

In OK, Clayton Ravenscroft was handicapped by a disappointing Qualifying time. He fought hard in the field to regain no less than 23 positions at the end of the heats. He was knocked out of the Prefinal in an incident on the third lap and managed to regain 15 places in the Final. Alexander Dunne was a good Junior driver last year and did his first laps in OK competition at Zuera. He made no mistakes and avoided all the traps to compete very honourably in his first Final with the karting elite.

Maya Weug, a female driver in the colours of the Richard Mille Young Talent Academy, took advantage of a good Qualifying time to reach 18th place in the heats. Delayed at the start of the Prefinal, she came back to 18th position through the pitfalls of the Final. Thailand’s Thanapongpan Sutumno rejoined Birel ART Racing after a long break. Like Nikolas Pirttilahti, he didn’t reach the Final stages starting from a disadvantage in the heats.