Paolo Ippolito took the victory in the final race of the KZ2 class at the opening round of the Champions of the Future series by RGMMC, this Sunday, July 19th, on the Zuera International Circuit, in Spain. 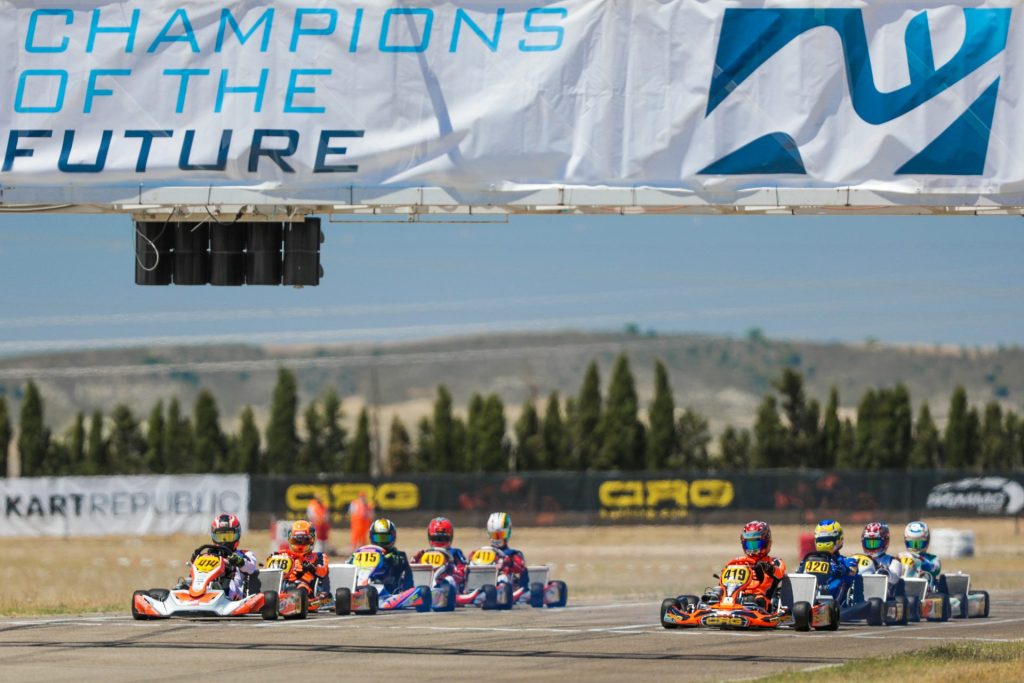 Brandon Nilsson (CRG/TM) produced his effort in Sunday’s Prefinal, securing the pole position for the final race ahead of Brad Benavides (Sodikart/TM), promoted to the grid’s front row after that Paolo Ippolito (CRG/TM) was handed a penalty.

The 18-lap Final saw Nilsson keep the lead at Turn 1, followed by Antonio Garay (Sodikart/TM) who took a lighting start from fourth while Benavides fell down to fifth. The race quickly turned into a double battle in front of the pack, one for the lead between Nilsson and Ippolito and the other involving Garay and Benavides for third.

While the latter made his move on Lap 5, Ippolito took the first place two laps later and pulled away from Nilsson. The Italian tried to keep up with his CRG team-mate while resisting the pressure from a recovering Benavides. The Spaniard made the connection on Lap 15 and went past Nilsson who faced some trouble and had to retire.

Upfront, Paolo Ippolito secured the win in front of Benavides who was later excluded from the race for his involvement in Nilsson’s trouble when overtaking him, as decided by the stewards of the meeting. Garay was, therefore, promoted to second place ahead of Daniel Vasile (DR/Modena), Brice De Gaye (Alpha/TM) and Rodrigo Almeida (DR/Modena).