Dmitry Matveev dominated the Final of the Mini class at the First Round of Champions of the Future, ahead of Kean Nakamura Berta and Mark Kastelic, this Sunday, July 19th, on the Circuito Internacional de Zuera, in Spain. 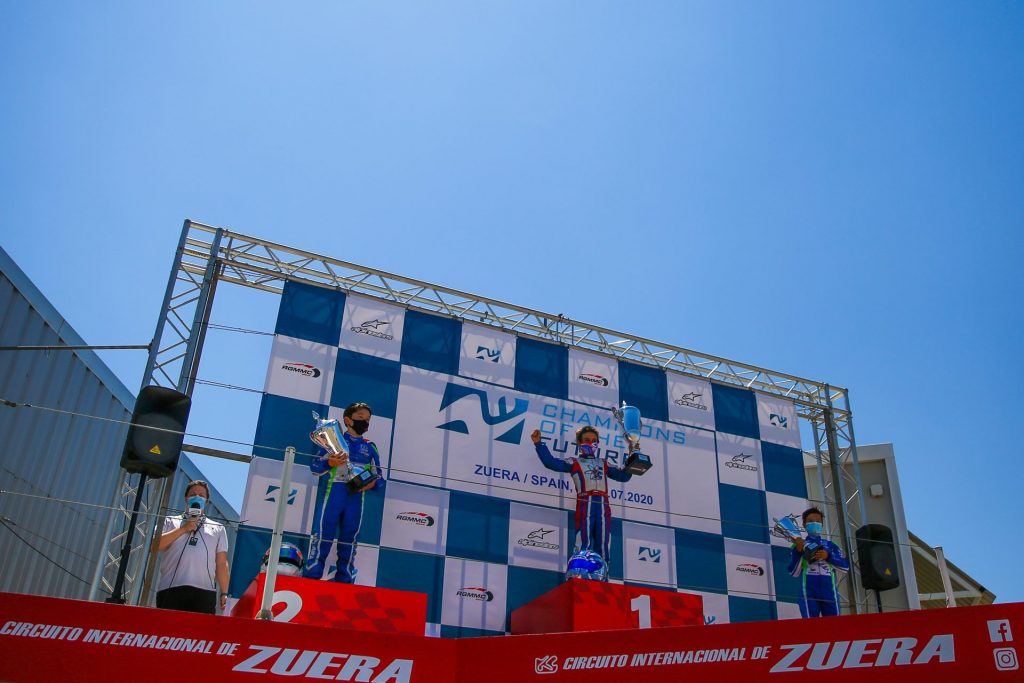 From pole position, Matveev took the best start in the afternoon Final and built a gap big enough not to be caught again until the chequered flag. The 10-lap race delivered a thrilling battle for the last two podium places between Nakamura Berta, Costoya and Adam Hideg (KR/IAME), soon joined by a charging Mark Kastelic (KR/TM).

The tussle came to a conclusion on the penultimate lap when Nakamura Berta went around the inside of Kastelic and secured second place in front of his team-mate. Hideg crossed the finish line in fourth, followed by Maciej Gladysz (Parolin/TM), Denis Curavale (KR/IAME) and Luna Fluxa (KR/IAME).

Costoya lost some ground halfway through the race and finished in eighth position while Lenn Nijs (KR/TM) and Louis Leveau (Parolin/TM) completed the Top-Ten.