Arvid Lindblad came to the fore in a thrilling OK-Junior Final, this Sunday, July 19th, on the Circuito Internacional de Zuera! The British driver successfully concluded his First Round of the Champions of the Future series in front of his countryman Freddie Slater and the Czech Igor Cepil. 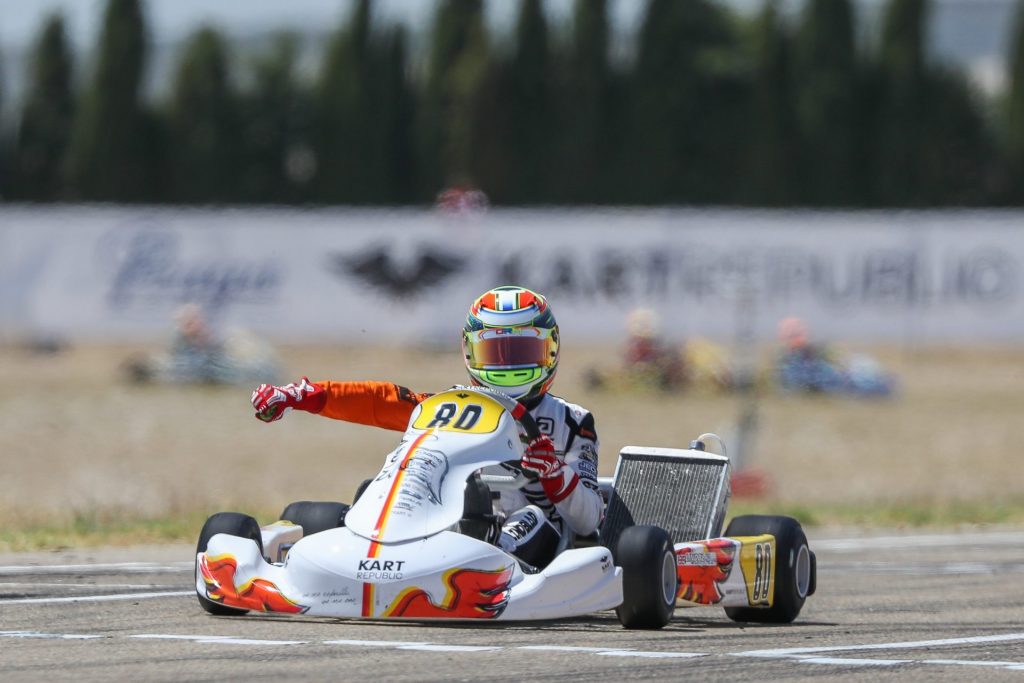 Igor Cepil (KR/IAME), leading the field after the heats, kept his momentum going on Sunday morning when claiming a dominant win in the Prefinal against Arvid Lindblad (KR/IAME) and Friday pole-sitter Martinius Stenshorne (KR/IAME).

The final race of the weekend in the Junior class led to a thrilling battle for victory in Zuera. Cepil led the field from pole position but could not hold Stenshorne as he took the lead from the Czech before the end of Lap 1. The early part of the 15 lap-race saw a couple of drivers isolate themselves in the lead with Stenshorne being chased by Lindblad, Cepil and Douwe Dedecker (KR/IAME).

As the race went on, Freddie Slater (Kosmic/Vortex) and Ugo Ugochukwu (KR/IAME) progressively reduced the gap with the leaders while Lindblad moved to first place and escaped. The closing stages of the Final gained in intensity when Stenshorne, fighting hard to keep his second place, went briefly out of the track and fell down to sixth.

Both Slater and Cepil went past him and completed the podium behind Lindblad, winner of the Final by a two second-margin. Ugochukwu crossed the line in fourth position, followed by Nikola Tsolov (KR/IAME), Stenshorne and Dedecker. The final Top-Ten was completed by Alexander Gubenko (Kosmic/Vortex), Irfan, and Karol Pasiewicz (Tony Kart/Vortex).