Jamie Day took the victory in the First Round of the Champions of the Future series by RGMMC, this Sunday, July 19th, on the Circuito Internacional de Zuera! The Emirati driver managed to defeat Taylor Barnard and Nikita Bedrin at the end of a nail-biting OK Final. 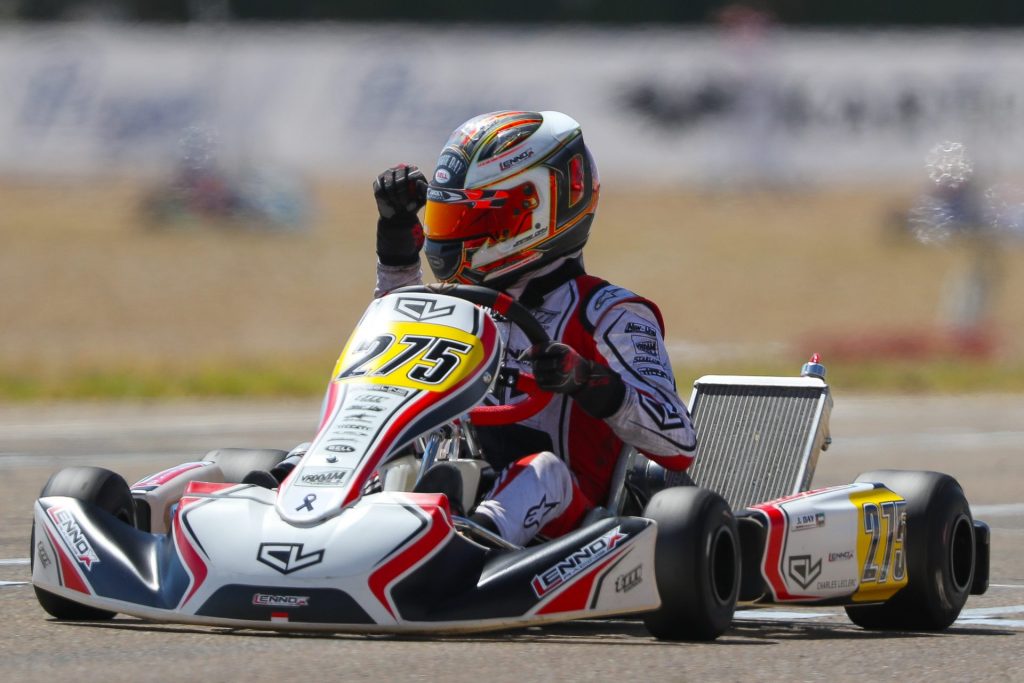 Jamie Day (Birel ART/TM) made his intentions clear as early as the Prefinal when he overtook the pole-sitter Juho Valtanen (KR/IAME) at the start and secured a dominant victory ahead of Joe Turney (Tony Kart/Vortex) and Nikita Bedrin (Tony Kart/Vortex).

As the 36 best OK drivers were given the weekend’s final green light, Day led the field against Bedrin, Valtanen and Turney. The 18-lap race quickly took the form of a three-driver tussle for victory as Day managed to pull away, taking with him both Bedrin and Taylor Barnard (KR/IAME), who had driven his way from seventh on the grid.

While Dilano Van’t Hoff (Exprit/TM) climbed up to fourth ahead of Turney, the leading trio increased its gap while keeping each other tight until the closing stages of the race. Four laps from the chequered flag, Barnard made a decisive move for second on Bedrin and tried to catch up with Day as the race came to a close.

The Emirati driver eventually held on to his position and victoriously crossed the finish line. Barnard had to make do with second place ahead of Bedrin, followed by Turney and Valtanen, promoted to fifth as Andrea Kimi Antonelli (KR/IAME) was handed a post-race penalty. Van’t Hoff, Norton Andreasson (Tony Kart/Vortex), Robert De Haan (Energy/TM), Matheus Morgatto (Parolin/TM) and Lorenzo Travisanutto (Tony Kart/Vortex) completed the Top-Ten.