The pursuit of Qualifying Heats at the opening round of the Champions of the Future series by RGMMC drew a provisional hierarchy between competitors in all four classes, this Saturday, July 18th, on the Circuito Internacional de Zuera, in Spain. Juho Valtanen (OK), Igor Cepil (Junior), Dmitry Matveev (Mini) and Paolo Ippolito (KZ2) secured the lead in their respective categories and will start Sunday’s Prefinals on pole position. 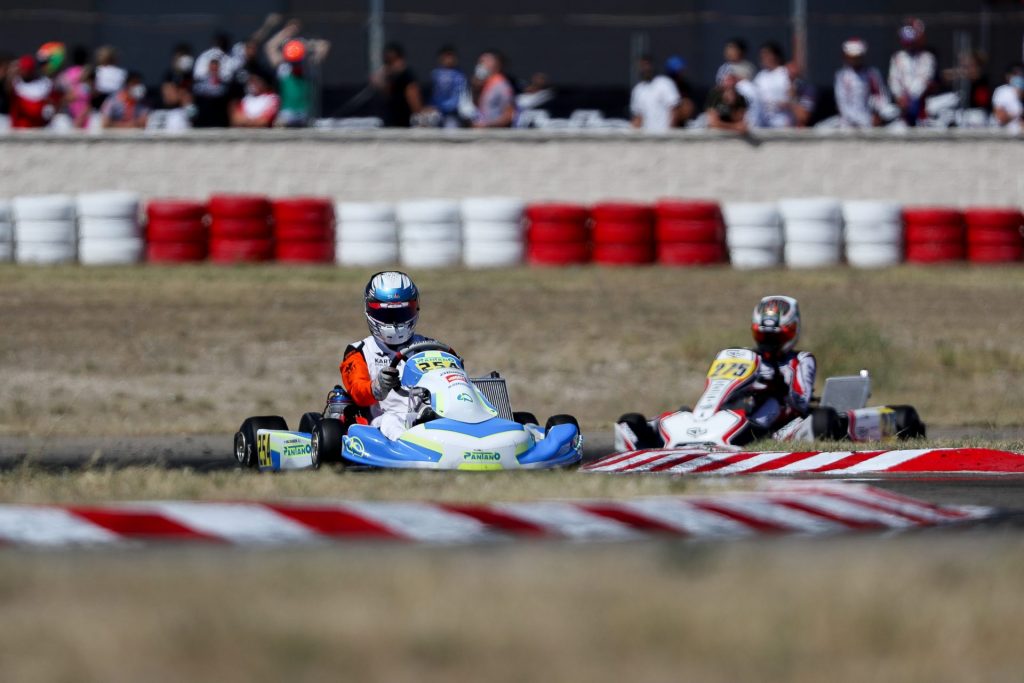 The drivers entered in the first race of the 2020 Champions of the Future series enjoyed once again ideal weather and track conditions this Saturday at Zuera. Following on the first eight qualifying races on Friday, each class went through a busy schedule on track, from their respective warm-up sessions in the morning until the OK class concluded the run of heats at the end of the afternoon.

Juho Valtanen (KR/IAME) kept himself on top of the standings in the OK class this Saturday. The Finn added a second victory to his tally which, along with a third and a second place, was enough to secure pole position for the Prefinal scheduled on Sunday. Jamie Day (Birel ART/TM) will join him on the front row thanks to a pair of wins and a third place as best results.

Oliver Gray (Birel ART/TM), winner of one heat, classified in 12th position ahead of Noah Degnbol (Tony Kart/Vortex) who concluded his day on a successful note. Taylor Barnard (KR/IAME), forced to retire in his opening race on Friday, managed a win and a pair of second positions to classify himself in 16th place.

Igor Cepil (KR/IAME) was left unbeaten at the end of the OK-Junior Qualifying Heats, this Saturday at Zuera. The Czech driver managed three consecutive wins and topped the provisional standings with a strong point margin over his rivals. The opposition was led by the British driver Coskun Irfan (Kosmic/Vortex), author of two victories, ahead of his countryman Arvid Lindblad (KR/IAME) who finished in the Top-Three on two occasions. The Pole Timoteusz Kucharczyk (RK/TM), in fourth place, showed consistency with two third-place finishes. He was followed in the provisional ranking by Friday’s pole-sitter Martinius Stenshorne (KR/IAME), whose strong run of three victories could have been four without a penalty.

The Belgian Douwe Dedecker (KR/IAME) was classified in sixth place ahead of Alexander Gubenko (Kosmic/Vortex) and Freddie Slater (Kosmic/Vortex), second and third in his last two races. Lucas Fluxa (KR/IAME), showing constant progress through the course of the day, and Dion Gowda (Kosmic/Vortex) classified respectively in ninth and tenth positions. Brando Badoer (KR/IAME), despite a win, appeared a distant 13th due to a retirement in his last heat, while Tuukka Taponen (Tony Kart/Vortex), 24th, saw his victory and a second place hampered by two difficult heats.

Paolo Ippolito (CRG/TM) made it three heat wins in a row in the KZ2 class, securing the leading spot in the standings as well as the Prefinal’s pole position. Brad Benavides (Sodikart/TM) emerged again as his fiercest opponent in the race for the final victory, with Daniel Vasile (DR/Modena) in third place. The Romanian driver managed to qualify on the second row of the Prefinal’s grid despite losing two third places due to penalties. Brandon Nilsson (CRG/TM) was classified in fourth position overall ahead of Antonio Garay Salinas (Sodikart/TM).

Check out the full provisional standings in OK, Junior, Mini and KZ2.

The competitors of the First Round of Champions of the Future by RGMMC will be back on track on Sunday from 8:30 am for their respective warm-up sessions, followed by the Second Chance Heats, only for OK and Junior classes, Prefinals and Finals.

Follow the racing up-close at Zuera on our live page!