The results of the first race of Champions Of The Future did not reflect the potential of the Tony Kart Racing Team at Zuera, back from a weekend affected by the events but still with an OK podium in the bag. 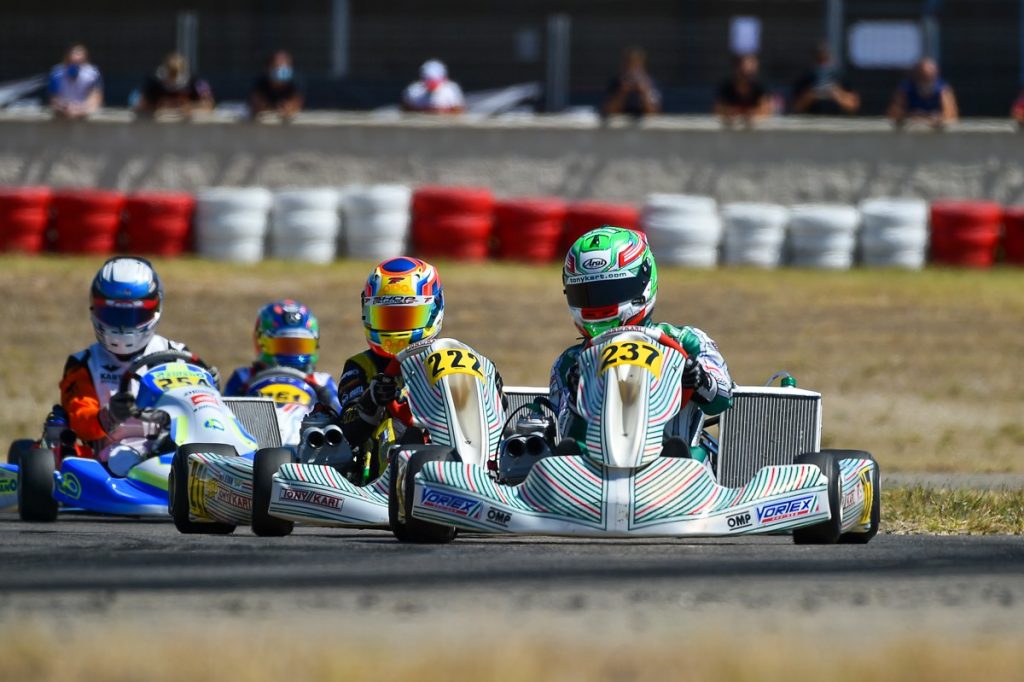 The Tony Kart Racing Team concluded its third race weekend in a row with the First Round of Champions of The Future on the Circuito Internacional de Zuera in the OK and OK-Junior categories. Despite the non-stop high temperatures throughout the whole event and the fierce fights characterizing the action on track, the Tony Kart 401R – Vortex duo confirmed the usual performances and allowed drivers to reverse the situation in the final stages of a weekend marked by a few circumstances preventing the team to collect the results he wanted.

The level of competitiveness of the OK-Junior drivers did not certainly disappoint after the excellent performances of the last race meetings. Juniors immediately entered the race on the right foot, starting from Qualifying when Bruno Del Pino reached the second position in his group, converted into two second positions in the heats. Great recovery followed in both decisive races on Sunday.

Tuukka Taponen did likewise, winning a heat and taking a best lap but the Finn also suffered from several withdrawals, including one in Prefinal, which forced him to start from the Final’s backlines, from where he recovered ten positions. Aiden Neate, the best at the end of the heats, produced a nine-position recovery in Prefinal while Karol Pasiewicz crossed the Final’s finish line in tenth after starting from the 26th position, settling an unlucky weekend. Unfortunately, Harley Keeble was in the list of the drivers dropping out both in Prefinal and Final.

Great performance for the OK category for Joseph Turney and Lorenzo Travisanutto. The Brit was fourth on the starting grid of the Final after being able to make his way until the second position in Prefinal and make the most of his Tony Kart to overtake 15 opponents, reaching the sixth place overall at the end of the heats.

Travisanutto immediately centered a good qualifying on Friday and firmly stayed in the Top-Ten in all Qualifying Heats. The Italian gained another position in Prefinal and ended the decisive race within the ten first drivers, brilliantly regaining ground after going off the track during the fight for top position. In the Senior category, Tony Kart ended up on the podium with Nikita Bedrin of Ward Racing team, closing the race ahead of Turney in third position.

After the First Round of the Champions Of The Future, the Tony Kart Racing Team is now taking a week break before getting on track, always on the Circuito Internacional de Zuera, for the first race of the FIA Karting European Championship – OK/Junior.