Cathal Clark was awarded the final Mini victory of the weekend, this Sunday on the International Circuit of Aunay-Les-Bois, host of the opening round of the 2020 IAME Euro Series. Preceded on track by Fionn McLaughlin, the British driver inherited the win following a penalty handed to his rival, which promoted Alex O’Grady to second and Tiziano Kuzhnini to third. 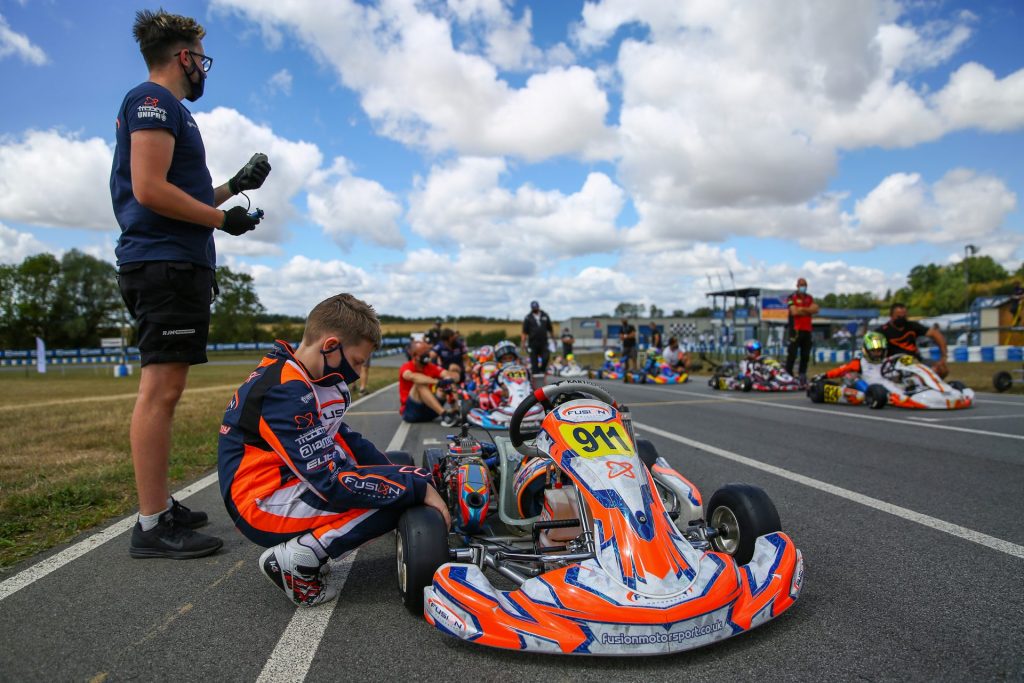 The race took a decisive turn on the penultimate lap when McLaughlin dived around the inside of Robinson at Turn 1, allowing Clark, who had moved past O’Grady for third, to further close the gap. Drama struck for Robinson in the next and last round when an attempt to repass the leader resulted in a contact that sent him off the grass and down to 11th!

As the threat from his teammate had faded away, McLaughlin crossed the line first, followed by Clark and O’Grady. The Top-Three order was eventually modified following a penalty handed to the winner, which re-classified Clark in first place and promoted O’Grady to second and Tiziano Kuzhnini (Spirit-Racing.ch) to third.

Adrian Benito Ferrer (Praga Espana Motorsport) was classified in fourth place ahead of Sandro Sanchez Perez (Monlau Competicion) and Thomas Quince (Trèfle Racing). Denis Curavale (Kart Republic Spain) won the “Driver of the Day” awards thanks to a strong recovery from 22nd to seventh, in front of Thomas Strauven (Strawberry Racing), Alex Martinez (Praga Espana Motorsport), and McLaughlin dropping down to the edge of the Top-Ten.

Check out the complete results of the Mini Final.

In the provisional standings after Essay, O’Grady leads with 82 points, one ahead of Clark and Tuzhnini, both at 81. The 2020 IAME X30 Euro Series will be back on track on August 27-30 for its Second Round taking place on the Kartodromo Internacional Lucas Guerrero of Valencia, in Spain.