Thanks to a superb Final that he led from start to finish, Connor Zilisch took an irreversible lead in the FIA Karting Academy Trophy, this Sunday on the International Karting Genk. Theo Micouris finished on the second step of the podium ahead of Macéo Capietto. 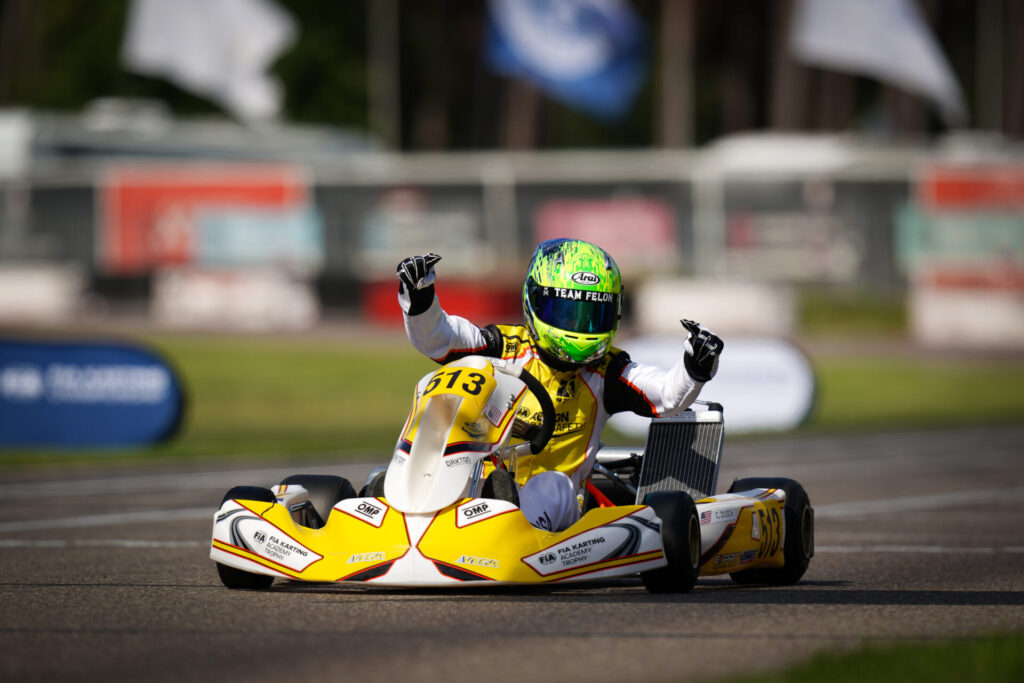 The second round of the 2020 FIA Karting Academy Trophy was again very lively in Belgium. For a long time second, Macéo Capietto (FRA) couldn’t resist the impressive comeback of Theo Micouris (GBR) from seventh to second position. Nevertheless, the Frenchman moved up to second place in the classification before the expected conclusion at Lonato at the beginning of October.

Albin Stureson (SWE) made a remarkable debut in fourth place, whereas Rafael Modonese (PER) came back from 16th to fifth position in front of Zachary David (PHL), who was a great protagonist in the racing. Second at Adria, Maxime Furon-Castelain (LUX) had a difficult weekend which ended in 18th position with a spoiler penalty.

Provisional ranking of the FIA Karting Academy Trophy after the second competition at Genk:

The Academy Trophy will be back on track from November 5th to 8th for its third and final round at the South Garda Karting of Lonato, in Italy.