Viktor Gustavsson clinched the 2020 title in the FIA Karting European Championship – KZ2, this Sunday on the International Karting Genk. The Swede finished second of a Final secured by David Trefilov, while Kristijan Habulin completed the podium. 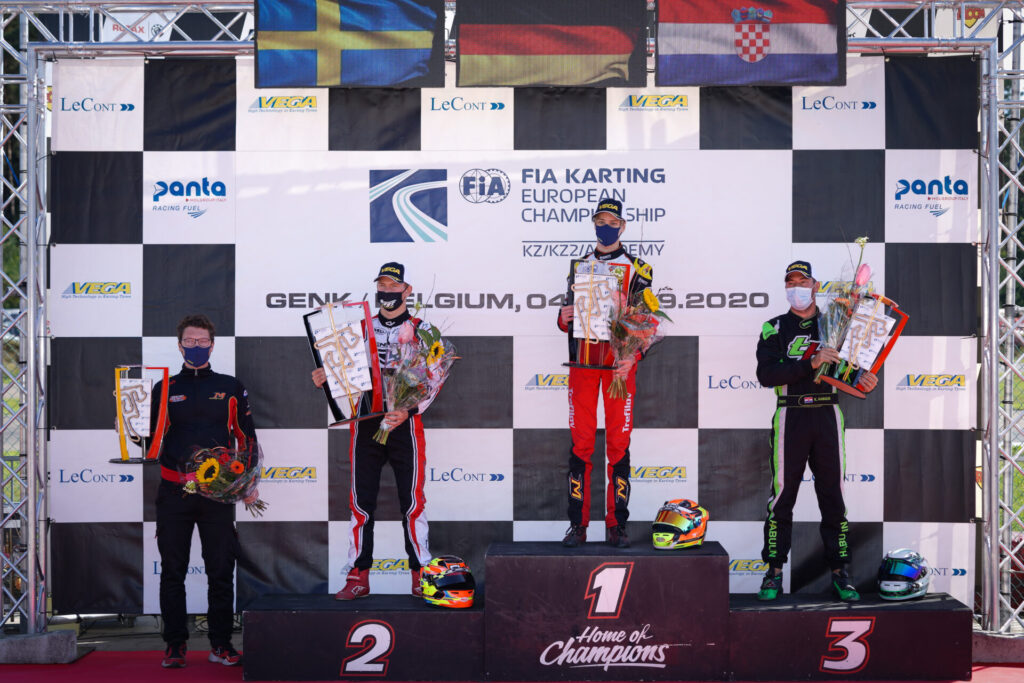 Viktor Gustavsson (Birel ART/TM) took pole position in Qualifying but started only in fourth position on the grid for the Final of the FIA Karting European Championship – KZ2 in Genk. He immediately moved up to second position behind the revelation of the meeting, David Trefilov (Maranello/TM), whereas his main rival for the title, Simone Cunati (Birel ART/TM), who was initially third, dropped out after a crash.

Another contender, Paavo Tonteri (Tony Kart/Vortex) also lost ground and finished ninth. Trefilov was able to enjoy his hour of glory as winner of the Final, whereas Gustavsson was satisfied with second place and took the title in the colors of the team Leclerc by Lennox Racing.

Kristijan Habulin (TB Kart/TM ) was on the third step of the podium in front of Arthur Carbonnel (Sodikart/TM), who started last after a breakdown in a Qualifying Heat and climbed up 11 places in the Final. Despite coming back 12 places to fifth position, Giuseppe Palomba (Birel ART/TM) was not able to beat Trefilov in the Championship.

The KZ2 category will be back on track from November 5th to 8th for the International Super Cup at the South Garda Karting of Lonato, in Italy.