Get up to speed with all the practical information you need ahead of the second round of the 2020 FIA Karting European Championship – KZ/KZ2/Academy Trophy. The competition, taking place this weekend on Belgium’s International Karting of Genk, will announce this year’s winners in both gearbox categories, while the contenders for the FIA Karting Academy Trophy will become clearer. 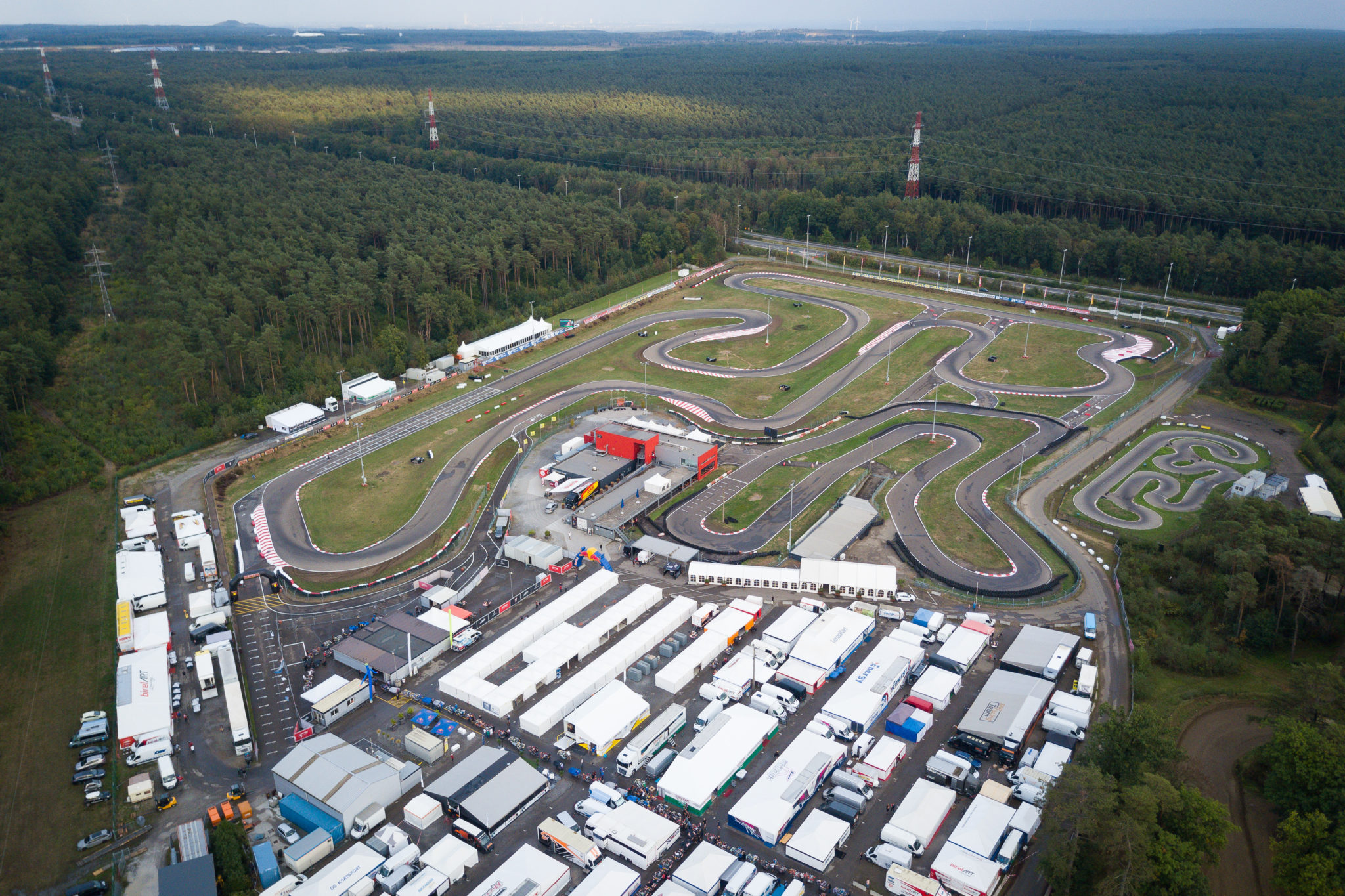 While the Coronavirus is still active in several regions of the world, Belgium has adopted additional health control measures to prevent further infection. These will be applied in conjunction with the FIA guidelines during the FIA Karting Competition, which will take place as planned from 3rd to 6th September at the Genk “Home of Champions” circuit. The list of entries is larger than that of the first competition in Adria thanks to several Wild Cards entered, which is a good sign for the FIA Karting competitions in general in these difficult times.

Within the framework of the FIA Karting European Championship – KZ/KZ2 which consists of two competitions, all results are counted, both the ranking of the Qualifying Heats and ranking of the Finals in Adria and Genk. With no room for error, close battles are anticipated in the fight for the two titles in Belgium. With one more competition, the FIA Karting Academy Trophy will be concluded a little later on the circuit of Lonato, at the beginning of October. The points scored in Genk will however be very important in the chase for the title.

The Horensbergdam circuit in Genk has strong assets to attract competitors. Its 1360m track features intense racing. The organizers in Genk are among the most professional of the season and the participants can be assured of quality competition.

The two strong men of the Competition in Adria, the Italian Alessandro Irlando and Finland’s Simo Puhakka share the same aspiration to add a major title in KZ to their list of achievements. But they will have to deal with some talented opponents and adopt a winning strategy that doesn’t necessarily mean that they have to look for victory in the race at any price.

Matteo Viganò (ITA), disappointed by his retirement in Adria’s Final, could well take his revenge on the circuit where he won the FIA Karting International Super Cup – KZ2 in 2018. It is also on this track that Fabian Federer finished third in the 2018 FIA Karting World Championship – KZ, ahead of Irlando. The Dutch drivers used to Genk, like Marijns Kremers or the brothers Jorrit and Stan Pex, along with Bas Lammers who will be back for the occasion, could spice up the show.

The Swede Viktor Gustavsson and the Italian Simone Cunati are the favorites in the provisional classification, but KZ2 has never been short of surprises. The fight will remain very open until the end with no less than 72 drivers competing. In addition to those in the top five, Danilo Albanese (ITA) could have a strong motivation to compensate for his misfortunes in Adria and Senna Van Walstijn (NLD) could use his knowledge of the circuit to aim for honors.

After a successful first competition in Adria, the American Connor Zilisch will be expected to confirm his competitiveness on a new circuit. His closest chasers Maxime Furon Castelain (LUX), Jonathan Weywadt (NLD), and Macéo Capietto (FRA) will have, like the Belgian Tom Braeken, the advantage of familiarity with a circuit not very far from their base. Apart from that, one of the characteristics of this competition on equal terms is to keep some surprises in store.

A live page will be at your disposal from Friday to Sunday with live timing and live streaming (available on Saturday and Sunday). Reports and results will be published every day on this website.