At the second round of the European Championship at Genk, Birel ART increased its domination of the international KZ and KZ2 categories by winning two titles in one go despite a very tight competition. The double win by Marijn Kremers and Alessandro Irlando in KZ was indicative of the current dynamism of Birel ART, as well as that of Viktor Gustavsson and Simone Cunati in KZ2. 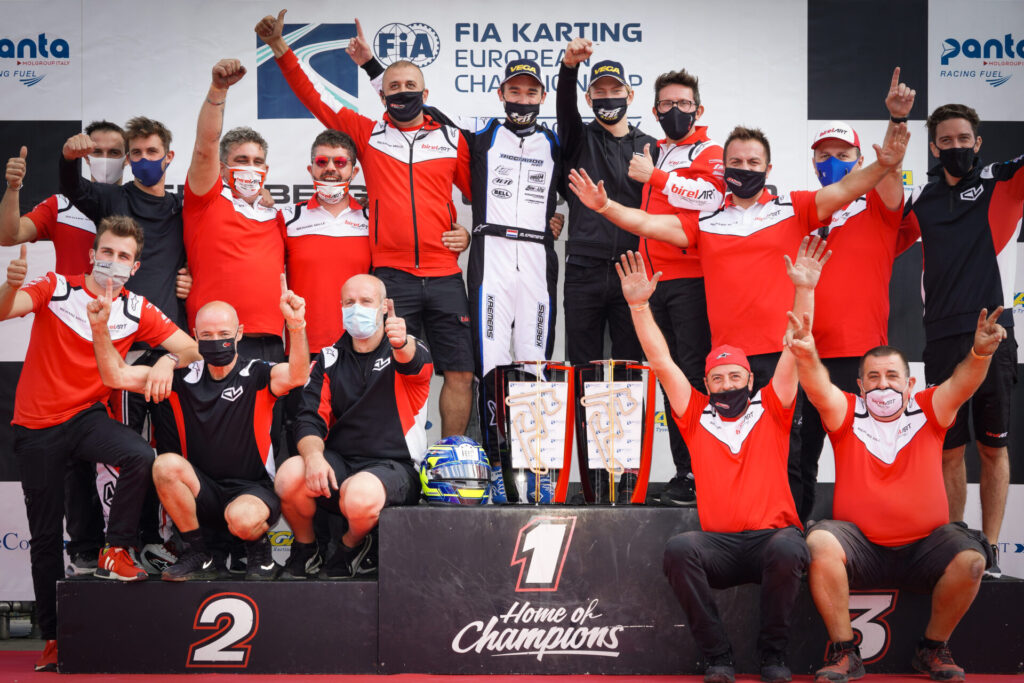 “These two doubles are undeniably a great success for Birel ART in continuity with the world title we won last year,” said Ronni Sala, President of Birel ART Group. “We are continuing our progress both on the racing circuits and commercially. At Genk, almost 40% of the European field was made up of our chassis. Thanks to our high standards of quality, competitors from all over the world know that they can count on our products to perform at all levels.”

“ In addition to the drivers, I would like to congratulate all our staff who play an essential role in the manufacturing of Birel ART chassis. Our racing department has lived up to its responsibilities perfectly and the new brand Leclerc by Lennox Racing team deserves a big congratulations for its exceptional performance. I also congratulate the Modena Kart ASD team and Simone Cunati.”

Although he had left for single-seater racing this year and had hardly done any karting, 2019 KZ World Champion Marijn Kremers has won a superb European Championship at the wheel of his factory Ricciardo Kart/TM Racing machine. Third in Qualifying and leader of the heats, the Dutchman managed the Final very well. He stayed in the wake of the leader but didn’t try to attack when it wasn’t necessary to win the Championship.

His fastest lap in the race showed that he had the ability, but that he didn’t want to take unnecessary risks. Not as lucky as in Adria, Alessandro Irlando finished 10th in the Final because of a spoiler penalty, but with his second place in the classification, he ensured a magnificent double victory for Lissone. Riccardo Longhi completed the triumph of his team in the European top five.

Leader of the classification at the end of the first round, the driver from the official Leclerc by Lennox Racing team Viktor Gustavsson fulfilled his mission at Genk with pole position and a return to second place in the Final which assured him the title of European KZ2 Champion on his Birel ART/TM Racing kart. Although he had to retire in the Final, Simone Cunati of the Modena Kart ASD team allowed Birel ART to achieve a double victory in this category as well.

Giuseppe Palomba made a superb 12-place comeback in the Final and also set the fastest lap in the race. His fifth place enabled him to finish fourth in the Championship. Leonardo Marseglia came back to fifth place after the heats, but he had to retire because of a collision in the Final. He nevertheless finished seventh in the class standings.

The Birel ART Racing Team is heading for Germany next weekend to take part in the third and final round of the FIA Karting European Championship OK / Junior at the Pro Kart Raceland of Wackersdorf.