Thursday’s Heats defined the protagonists of Round 1 of the WSK Open Cup, qualified to contest the Prefinals on Saturday. Drivers will get back on track on Friday, November 27th, for the heat races counting for Round 2 on the Adria International Raceway. 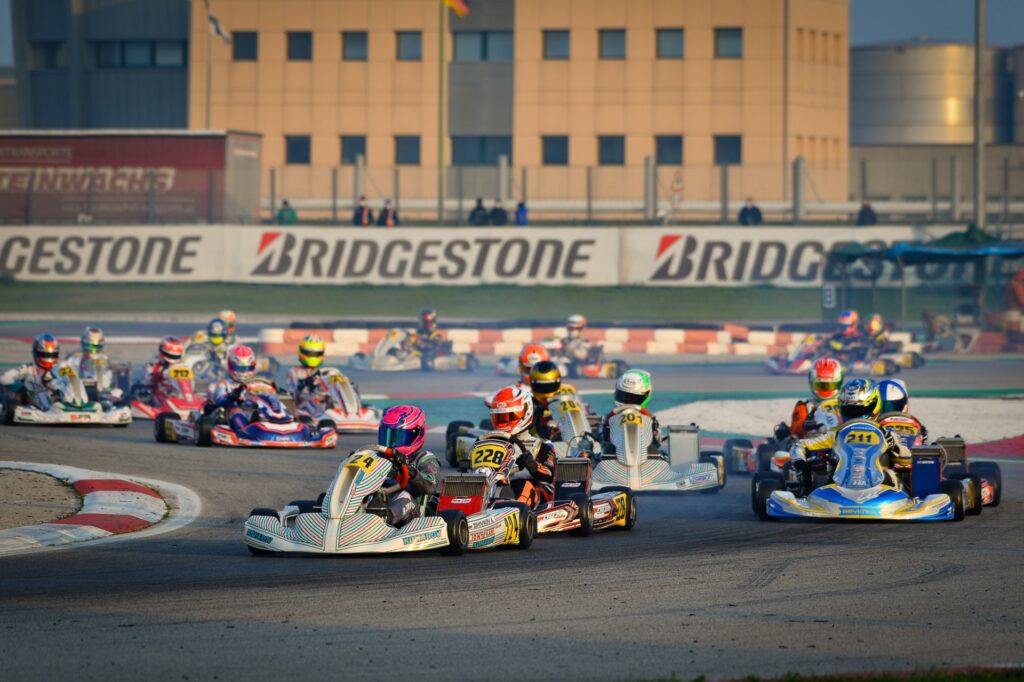 The second day dedicated to the Qualifying Heats of Round 1 of the WSK Open Cup at Adria was very intense as all drivers competing in the KZ2, OK, Junior and Mini classes challenged one another to get the best starting positions in Saturday’s Prefinals. The circuit of Adria will stage another round of heats to select the drivers for the Prefinals of Round 2 and complete the contenders of the Finals that will get underway on Sunday, November 29th.

In KZ2, Senna Van Walstijn (Sodikart/TM) won the first heat, while the other Dutch Stan Pex (KR/TM) took the victory in the second race as the poleman Viktor Gustafsson (Birel ART/TM) struggled and had to settle for two placings. The third and closing heat has been very exciting. Pex had again the upper hand but was chased all the way to the flag by Van Walstijn and by the French Tom Leuillet (Praga/TM). Gustafsson was fourth instead.

The three heats run in OK had three different winners. The first one took place on Friday and the poleman Taylor Barnard (KR/IAME) won it ahead of the Finn Nikolas Pirttilahti (Exprit/TM) to the Russian Andrey Zhivnov (Tony Kart/TM). On Thursday, the first heat went to Zhivnov who proceeded Barnard and Pirttilahti, while the second one was won by the French Marcus Amand (KR/IAME) as Zhivnov and Alfio Spina (Tony Kart/Vortex) completed the podium, with the latter displaying a good shape in his debut in the higher class. Zhivnov is leading the standings after the heats as he claimed one victory, a second and third place.

The situation in Junior is quite fluid as the top positions have been a fight among the American Ugo Ugochukwu (KRIAME), the Brit Arvid Lindblad (KR/IAME), who claimed two wins and the provisional lead with them, his teammate from China Yuanpu Cui, the Pole Tymoteus Kucharczyk (RK/TM) and the other American James Luis Egozi (Tony Kart/Vortex). These drivers showed the pace to fight for the win. The Brit Freddie Slater (Kosmic/Vortex) and the Jamaican Alex Powell (/KR/IAME) were also among the quickest on track.

Mini: Lammers among the contenders

A total of ten heats were run to define the finalists of Round 1. The Dutch René Lammers (Parolin/IAME) showed some great pace and a crescendo of results. The son of former F1 driver Jan Lammers won three heats. The Russian Gerasim Skulanov (IPK/TM) won one heat but then had to retire from the closing race due to an incident. The Pole Jan Przyrowsky (Parolin/TM) took one heat, with the Peruvian Andres Cardenas (Energy/TM), his teammate from Colombia Hernandez Hanna, the Belgian poleman Dries Van Langendonck (Birel ART/TM) and the Norwegian Marcus Saeter (Energy/TM) claimed one win each.