Get up to speed with the information, documents and links you need to follow the first and second rounds of the 2020 WSK Open Cup, taking place this weekend at the Adria International Raceway. 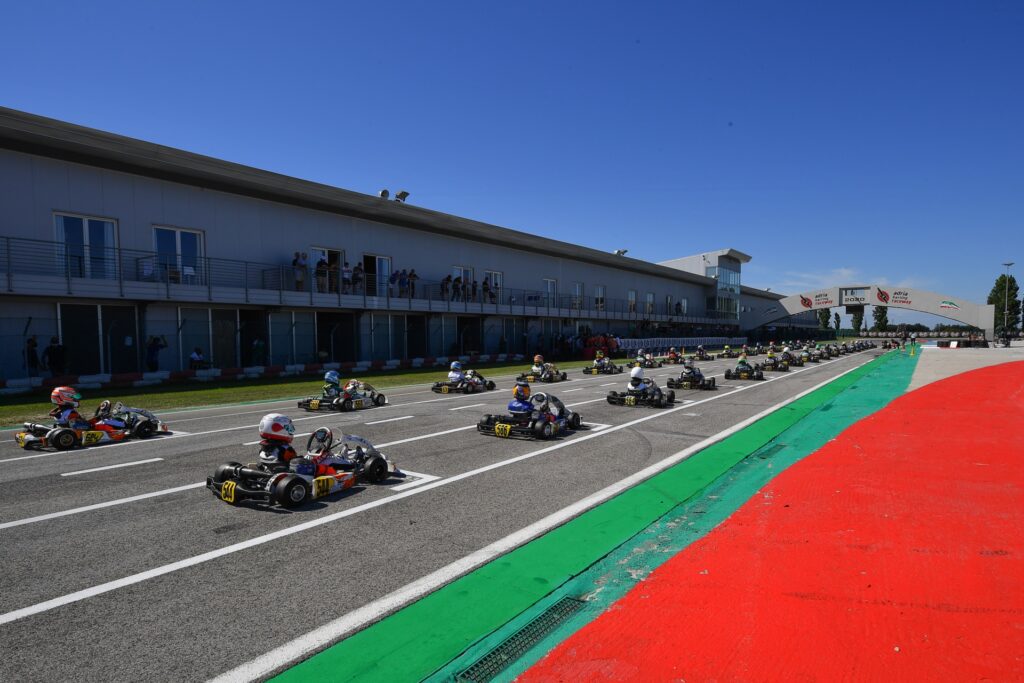 Up to 160 drivers registered in all four classes – Mini, Junior, OK and KZ2 – for this year’s Open Cup at Adria. Qualifying practice will take place on Wednesday, Qualifying Heats on Thursday and Friday, Prefinals on Saturday and all the Finals of Round 1 and 2 will end the event on Sunday, November 29th.

A lot of the ongoing season’s protagonists are present in northern-Italy, like the Russians Gerasim Skulanov (IPK/TM), in Mini, and Dmitry Mateev (Energy/TM), winner of the WSK Super Master Series, moving to Junior. The WSK Euro Series winner René Lammers will be present, as well the WSK Champions Cup’s victor Taylor Barnard (KR/IAME), in OK, and the WSK Champions Cup and WSK Euro Series Junior winner Alfio Spina (Tony Kart/Vortex), this time in OK. The WSK Super Master Series winner Arvid Lindblad (KR/IAME) will be amongst those to beat in Junior while several strong drivers will also be present in KZ2, including the Swede Viktor Gustafsson (Birel ART/TM) and the Dutch Stan Pex (KR/TM).

Check out The RaceBox from Wednesday, November 25th, at 09:00 for our live page including live timing and streaming (from Saturday, November 28th).