Qualifying of Round 1 and Round 2 of the WSK Open Cup was run on Wednesday at Adria, followed by the opening heats for Round 1 in Mini, Junior, OK and KZ2. Further heats will keep drivers busy on Thursday and Friday, while Prefinals will follow on Saturday before all the finals take place on Sunday, November 29th. 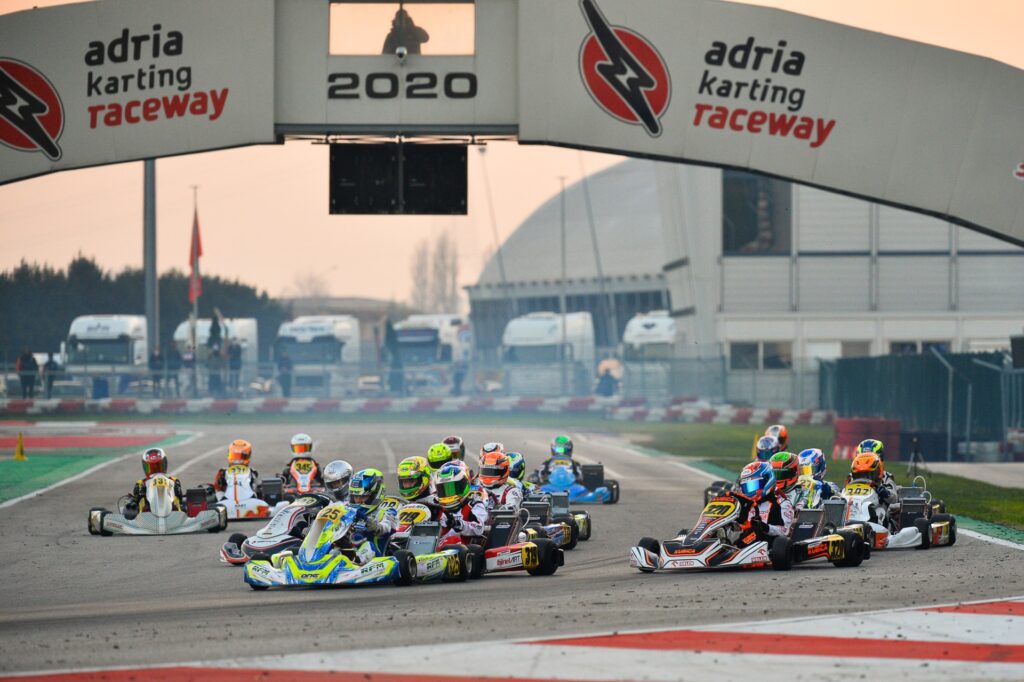 KZ2: Gustafsson and Pex on top

The Swede Viktor Gustafsson (Birel ART/TM) and the Dutch Stan Pex (KR/TM) respectively posted the best time in the two KZ2 qualifying sessions. Gustafsson topped the charts of Round 1 in 47.319 seconds, while Pex those of Round 2 in 47.437 seconds. Senna Van Walstijn (Sodikart/TM) was also among the quickest, just 0.025 seconds behind Gustafsson, while Tom Leuillet (Praga/TM) was 0.039s off Pex’s pace.

The WSK Champions Cup winner Taylor Barnard (KR/IAME) dominated the scene in both sessions valid for the OK Qualifying practice of Round 1 and Round 2. The Brit went quickest in the first session, posting his best time of 48.015 seconds, leading Marcus Amand (KR/IAME). Barnard was the fastest again in the second session in 48.170 seconds, but this time around he only was 0.025 seconds clear of Nikola Tsolov (KR/IAME).

OK Qualifying for Round 1 / Round 2

Junior: Sato and Clausen ahead

The Junior Qualifying practice featured two groups in both sessions. The quickest of Round 1 was the Japanese Rintaro Sato (Kosmic/Vortex) in 49.642 seconds. He proceeded Manuel Scognamiglio (Tony Kart/Vortex), while his teammate Tobias Clausen topped the timesheets of Round 2 in 49.651 seconds. The second best time was set by the American Ugo Ugochukwu (KR/IAME) in 49.704 seconds.

Junior Qualifying for Round 1 / Round 2

Mini International Gr. 3 has been particularly open as a lot of youngsters challenged each other for the lead. Drivers have been divided into two groups in each of the two sessions. The quickest of Round 1 was the Belgian driver Dries Van Langendonck (Birel ART/TM) in 54.430 seconds. He led Maciej Gladysz (Parolin/TM) who completed his best lap in 54.501 seconds. The latter posted the quickest time of Round 2 in 54.302 seconds and was followed by Aleksandar Bogunovic (Tony Kart/TM).

Mini Qualifying for Round 1 / Round 2

The winners of the first heats of Round 1:

Follow the WSK Open Cup double-header at Adria with our live page.