Anatoly Khavalkin and Parolin Racing Kart took an impressive “on the edge” victory over Gerasim Skuylanov, driving for Formula K, in a thrilling Mini 60 Final in the WSK Champions Cup, on Sunday at Adria Karting Raceway. Rashid Al Dhaheri completed the podium and Parolin’s success for the second year running at the opening event of the WSK season. 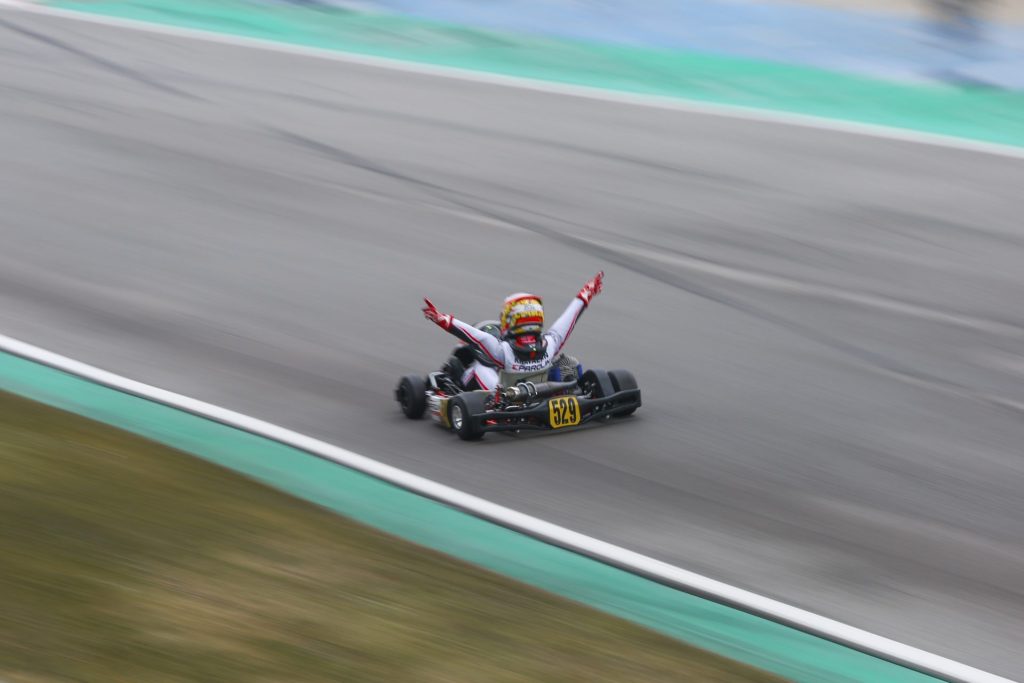 The strongest came from the East in Mini 60 with the domination in the weekend’s final race of Russian driver Anatoly Khavalkin (Parolin/TM) ahead of his fellow countryman Gerasim Skulanov (IPK/TM). UAE’s Rashid Al Dhaheri (Parolin/TM) repeated his performance of 2019 by clinching another third-place finish.

Khavalkin, who had won the morning’s Prefinal B, secured pole position alongside another Russian youngster, Dmitry Matveev (Energy/TM), who didn’t have the best of start while Khavalkin pulled away in the opening laps. Yuanpu Cui (Tony Kart/TM) stormed to second place, followed by Jan Przyrowsky (Parolin/TM) and Al Dhaheri.

Straight on pace, Skulanov quickly made his way through the field from 13th to third in the early stages and went on to take the lead less than two rounds from the race’s conclusion. Under threat from his countryman, the Russian lost control of his kart entering the 10th and last lap, which gave Khavalkin the lead back on his way to the chequered flag. Further back, Al Dhaheri forced his way past Matveev for the podium’s third step. Przyrowsky was classified fifth ahead of Saturday’s leader Maciej Gladysz (Parolin/TM).

The next meeting by WSK Promotion is Round 1 of the WSK Super Master Series taking place again on the Adria Karting Raceway from January 31st to February 2nd. A meeting you will be able to follow with The RaceBox.