The 2020 FIA Karting European Championship – OK/Junior reaches its conclusion this weekend at the Prokart Raceland of Wackersdorf, in Germany. Both categories each have a favorite but title fights are still far from done. Get the info you need ahead of the weekend, including all the useful documents and tools to follow the action on track from Friday to Sunday. 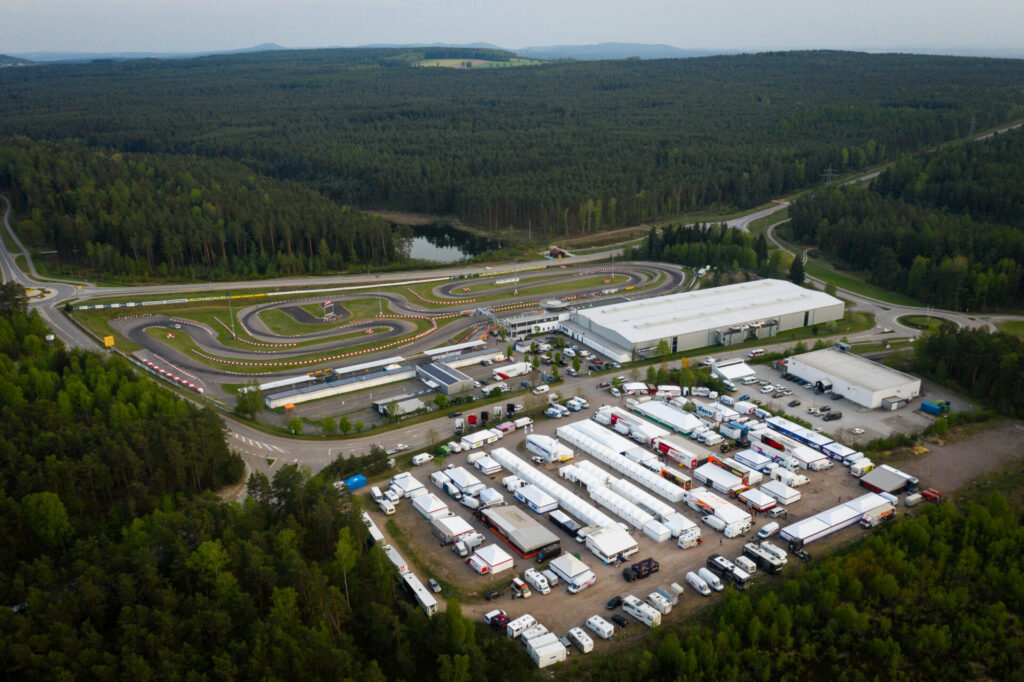 The FIA has adopted a new infection-control protocol adapted to the development of the COVID-19 pandemic to reinforce everyone’s safety and allow the smooth running of the competition. The role of the new measures put in place by the FIA was of great importance in reassuring the German authorities that the Wackersdorf competition could go ahead.

Both the results of the races as well as the final classification of the two Championships remain sufficiently uncertain to leave room for suspense. It should be remembered that only the two best results of the season, qualifying heats and finals, will be taken into account for the award of the titles. The field will also be strengthened by the entry of 38 additional drivers for this race.

Although British driver Taylor Barnard was undoubtedly the strong man of the OK category in Sarno by permanently staying in the first position, the young Italian Andrea Kimi Antonelli impressed by moving up from fifth place in the final. Russia’s Nikita Bedrin confirmed his potential in a similar way, whereas Britain’s Joe Turney remained a consistent contender. Since the competition in Sarno was marked by numerous race incidents, it wouldn’t be surprising to see some strong comebacks by several drivers who did not do very well in Italy and who are determined to shine in the last European race of the season. This could be the case for the defending champion, Italy’s Lorenzo Travisanutto who has just changed team. The line-up will also be reinforced by the commitment of 17 additional drivers just for this race, among them British driver Callum Bradshaw.

After his overwhelming victory in Sarno, the American Ugo Ugochukwu has a seven-point advantage on his direct rival, Finland’s Tuukka Taponen, followed immediately after by Arvid Lindblad of Great Britain. The title of 2020 FIA Karting European Champion – Junior will be decided between these three drivers in Bavaria. As in OK, several excellent opponents might join the battle for the final victory, which promises to be exciting. 21 new drivers have registered as wild cards for this competition.

A live page will be at your disposal from Friday to Sunday, including live timing and live streaming (on Saturday and Sunday). Reports and results will be published on this website on a daily base.