VDK Racing is back on track this weekend for the third and last round of the FIA ​​Karting European Championship for OK and Junior classes. From September 11th to 13th, six drivers will compete for the Belgian team at the Pro Kart Raceland of Wackersdorf, in Germany. Ambitions for good results are high in both categories on the twisty and challenging Bavarian circuit. 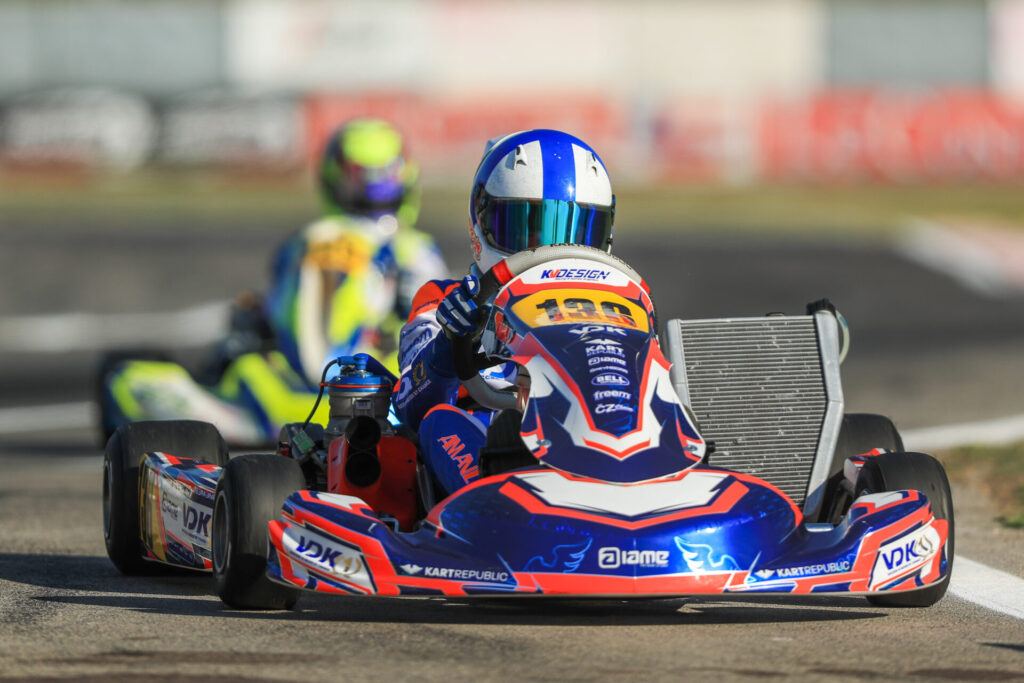 Three weeks after the furnace of Sarno, the VDK Racing Team is heading for Bavaria, in the southeast of Germany, for the closing meeting of the FIA Karting European Championship taking place on the 1190 meter-long circuit of Wackersdorf. Marcus Amand will again be the team’s standard-bearer in the OK category. The young French-Finn will be joined by Belgian hopeful Sam Balota for his very first appearance on the FIA Karting scene with VDK. Four drivers will wear the team’s colors within the Junior field: the Israeli Ariel Elkin, the Brazilian Antonio Leite, the French Augustin Bernier and his countryman Alessandro Giusti, back in international karting for the first time since Champions of the Future’s opener at Zuera.

The competition in Germany will officially start on Friday at 08:00 with the Warm-up sessions, followed at 16:45 by the Qualifying series. The Qualifying Heats will unfold from Saturday at 09:45 until Sunday at 11:45 before the Finals from 13:00.

Confirmations and progress at Sarno

Despite some varied fortunes, VDK Racing drivers showed promising potential in the second round of the FIA ​​Karting European Championship, on August 20-23 at Sarno. Amand came close to secure his group’s fastest lap in Qualifying but a small mistake in his last attempt gave him the fith-best time. From the fourth row of the grid in his heats, he took a sixth and eighth place but his road to the Final was cut short when taken out by another driver in his last qualifying race. Marcus came away from it with a few bruises and a logical disappointment in missing the final race, since a podium-finish was certainly within reach.

In Junior, Ariel Elkin excelled on the tortuous Italian circuit: eighth in his qualifying group, he took two sixth places and came close to the Top 10 twice in his heats. These solid performances earned him a place for his first European Final where he climbed seven positions up to 20th. Ninth-fastest of his qualifying group, Maxens Verbrugge fought well in his heats with a fifth place as best result. The French, however, missed the final cut for just four points. The Brazilian Antonio Leite progressively found his pace for his return on track with some positive results, including a Top 10 in his last heat. It was not enough, though, to qualify for the Final, as well as for Augustin Bernier who nevertheless produced some strong recoveries!

“We could be satisfied,” summed up Eric Verdaasdonk, Team Manager of VDK Racing. “The performance was there all weekend, even if we lacked a bit of luck in OK. Marcus could have been on pole in his group but one corner changed everything, including his race’s physiognomy. We missed a potential podium but the level of both our material and Marcus gave us confidence for the rest of the season! Nice surprise also from Ariel in Junior, it was his second FIA Karting race and a first Final: the potential is promising. The same can be said of Augustin, Maxens and Antonio: they still have to improve in some areas, like consistency, but their learning curve is positive!”

On the same weekend of August, VDK Racing also competed in the opener of the IAME Series Benelux at Genk’s International Karting Circuit. Elie Goldstein brought the team his first national win of 2020 in X30 Senior, two weeks after a similar success at Mariembourg in the IAME Series Netherlands. Sam Balota and Evan Becerra also shone for their first national appearance with VDK with respectively a fourth and a sixth place in Sunday’s Final!

The French Bastien Cochet finished 10th-best of the category, Hugo Besson and Xavier Dias went through some ups and downs while Manon Augier stood out with a five-place recovery in the Final B! Olivan Fayt, in X30 Junior, took two Tops 10 in his heats but saw his hopes of a good result cut short in the Final. “Having so many VDK drivers at the front was a nice surprise!”, admitted Eric Verdaasdonk. “Especially since we were not present with the full team and our material had not competed for some time. Elie first, Sam fourth, Evan sixth and Bastien 10th in the Senior Final: little to say that we were competitive, that’s a great satisfaction !”