Decisive for the titles, the third competition of the FIA Karting European Championships – OK/Junior has just started in Germany on the Prokart Raceland circuit of Wackersdorf with the strongest field of the season. Andrea Kimi Antonelli confirmed his level of performance in OK, while Alex Powell highlighted himself in the Junior class. 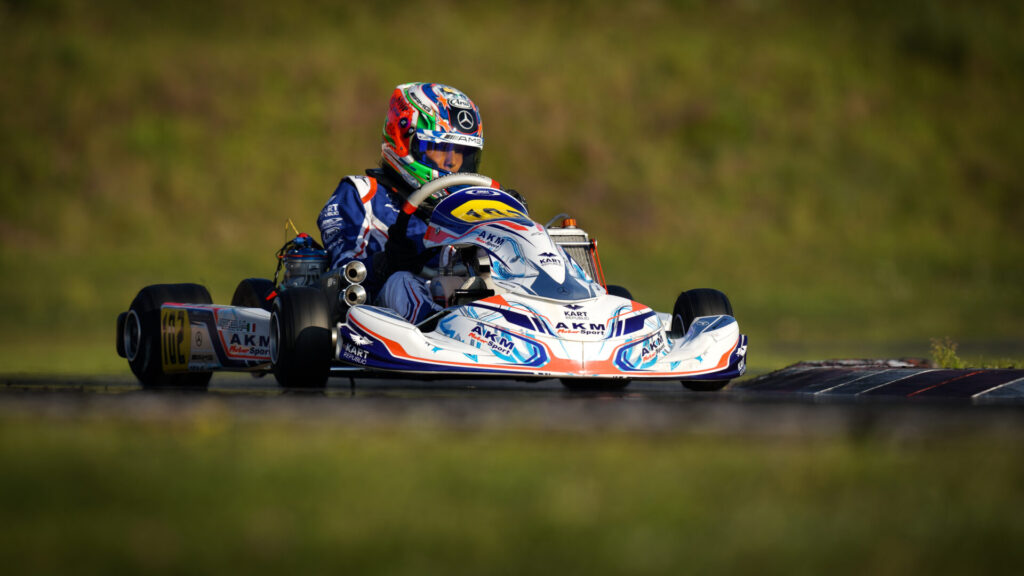 The new infection-control protocol put in place by the FIA was well understood by the kart racing community. Everyone did their utmost to comply with the new rules, particularly with regard to the PCR tests now required to enter the circuit. These measures correspond to the current policy of the German authorities in terms of the fight against the upsurge of COVID-19 cases at the end of the summer. As a country known for its natural rigor, as well as for its effectiveness, Germany has set up structures that enable this type of test to be carried out very quickly, thus easing the constraints for travelers from abroad.

With 140 drivers, 65 in OK and 75 in Junior, coming from 37 different countries, the Wackersdorf field is the biggest of the European season. A great success for the last competition of these FIA Karting European Championships – OK/Junior. The presence of numerous drivers entered only for this race thanks to the Wild Cards shows the strength of the international categories in this part of Europe.

With nearly a three-tenths advantage on his opponents, the Italian Andrea Kimi Antonelli (KR/IAME) showed impressive potential from the very beginning of the last competition of the FIA Karting European Championship – OK. His direct rival in the standings, British leader Taylor Barnard (KR/IAME) was down in 13th position. Lorenzo Patrese (KR/IAME) was the fastest in the second session, Luigi Coluccio (Kosmic/Vortex) led Session 3 and Norton Andreasson (Tony Kart/Vortex) Session 4. Joe Turney (Tony Kart/Vortex) was fifth ahead of Nikita Bedrin (Tony Kart/Vortex), Juho Valtanen (KR/IAME) was ninth and Laurens Van Hoepen (Birel ART/TM) only 23rd. With such a starting configuration, the Qualifying stages are unlikely to lack spice.

Jamaican driver Alex Powell (KR/IAME) made the difference in the Qualifying Practice of the FIA Karting European Championship – Junior by setting a time of 48.381 seconds in the second session, nearly one tenth faster than American Ugo Ugochukwu (KR/IAME) in the third session. Singapore driver Dion Gowda (Kosmic/Vortex) was the fastest in Session 1 and Italy’s Brando Badoer (KR/IAME) set the fastest lap in Session 4. Arvid Lindblad (KR/IAME) finished in fifth position, but Tuuka Taponen (Tony Kart/Vortex) was only 16th. Valerio Rinicella (Parolin/TM) was relegated to 29th position and Freddie Slater (Kosmic/Vortex) to 40th. The situation is therefore favorable for Ugochukwu to win the European title, with Badoer and Powell holding some strong cards.

Check out the complete Qualifying results for OK and Junior.

A live page is at your disposal from Friday to Sunday, including live timing and live streaming (on Saturday and Sunday). Reports and results will be published on this website on a daily base.