The competitors of the opening round of the 2020 FIA Karting European Championship – OK/Junior completed their respective qualifying sessions, this Friday on the Circuito Internacional de Zuera. The Brit Taylor Barnard, in OK, and the Italian Valerio Rinicella, in Junior, are the overall pole sitters ahead of the Qualifying Heats scheduled from Saturday until Sunday morning under the Spanish heat. 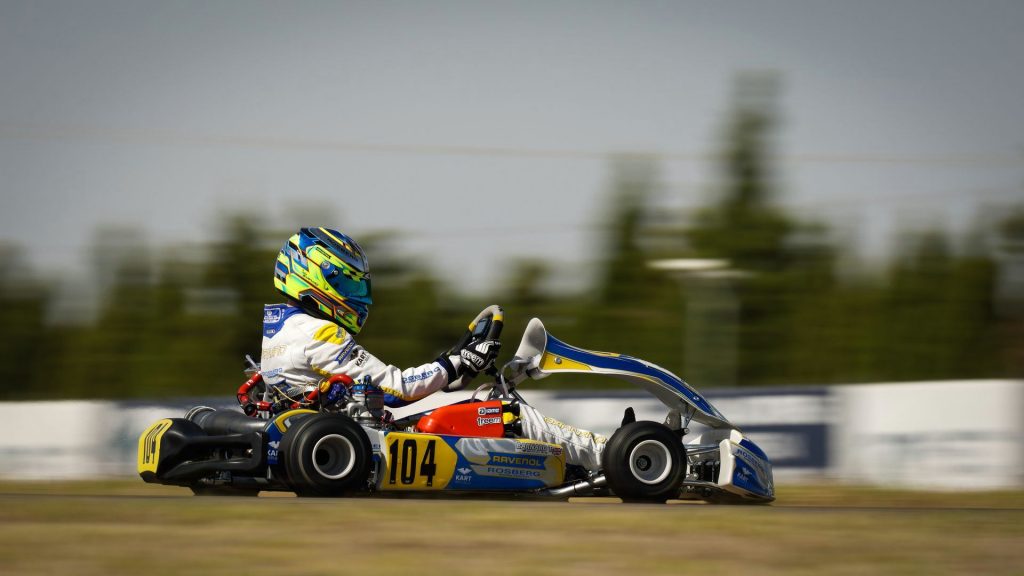 Two weeks after Champions of the Future, the best OK and Junior drivers on the international karting scene made it back to Spain for the long-awaited first race of the FIA Karting European Championship. The local weather remained expectedly dry and very hot all day long, with temperatures close to 40°C, putting teams and drivers’ physical resistance to the test ahead of a busy and exciting weekend of racing!

Taylor Barnard (KR/IAME) rose to the lead of a very tight Qualifying, this Friday on the Zuera karting circuit. The Brit finished on top of Group 3 with a lap of 59.939 seconds, imitated with the same exact performance by Norton Andreasson (Tony Kart/Vortex) in the closing series! Because his second-best lap was less fast than Barnard, the Swede was classified in second place ahead of the Italian Andrea Kimi Antonelli (KR/IAME), leader of Group 1, the 2018 European Champion Hannes Janker (KR/IAME) and the Italian Enzo Trulli (KR/IAME).

“The work done during free practice paid off and the objective was clearly to be able to start from the front row in the qualifying heats,” admitted Barnard. “Of course, the hardest part is still to come, as the competition is very strong here in Spain. Nothing will be easy, just like the heat we’ll have to deal with.”

Valerio Rinicella (Parolin/TM) set the overall fastest time in the Junior class, this Friday afternoon at Zuera. The Italian completed a lap of the Spanish track in 1:01.588 seconds in the third series, enough to secure pole position ahead of his countryman Brando Badoer (KR/IAME), leader of the opening group. The Czech Igor Cepil (KR/IAME) took the third-best performance ahead of Nikola Tsolov (KR/IAME), William Macintyre (Birel Art/TM) and Ugo Ugochukwu (KR/IAME), all of them achieving their lap in the third series which provided the fastest track conditions.

“I think we have opted for the right strategy,” explained Rinicella. “The Drivers in the first two sessions chose to start very late and took the risk of doing just one fast lap. I was able to do one more lap and that was the key to qualifying. As well as feeling very comfortable with my equipment, the option tyres that we use in OK-Junior were very consistent throughout the session.”

Check out the complete Qualifying results for OK and Junior.

Drivers will be back on track from 08:00 am on Saturday for their Warm-up sessions, followed by the Qualifying Heats that you can follow on our live page!

You may also be interested in: FIA Karting European Championship – OK/Junior: Guide to Round 1 at Zuera