A podium finish could not be achieved, but the first round of the FIA Karting European Championship – KZ/KZ2 ended with a positive balance for the CRG drivers. The Adria event, which took place from 14th to 16th August, confirmed the very competitive CRG chassis for the Shifter classes and provided important information for the next events of the season. 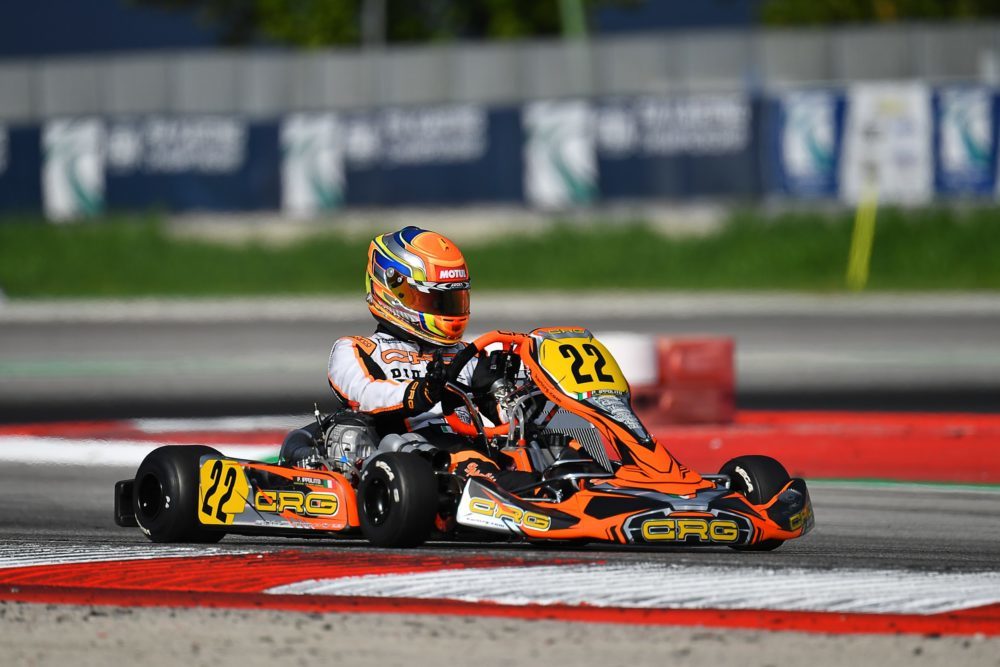 The official CRG factory team, revolutionized after Paolo De Conto’s retirement at the end of 2019, featured Paolo Ippolito making his debut in KZ among the big names in the premier class. From the very first free practice, the Tuscan driver was always aligned with the performances of the best. Unfortunately, two race incidents in the Qualifying Heats forced him to start from 16th on the grid for the Final and despite an excellent recovery, he could not do better than 10th place overall.

Adria was also the first KZ race with the official team for Matteo Massetani who had a positive weekend, obtaining 15th place in the Final. In KZ2, the best of CRG drivers was Jean Luyet of the DEL Motorsport Team, 11th at the checkered flag, while Brandon Nilsson competing for the official CRG factory team. After an excellent job in the qualifying phases, he was slowed down in the Final by an incident on Lap 1 in which he damaged the axle and finished the race in 26th position, preceded by Jan Pokos.

Paolo Ippolito commented on the race: “The first months of the year were difficult because the lockdown made my inclusion in the team a little slower and we could not complete the scheduled test program. On the first day of free practice, we used it to make the last technical choices and in Qualifying, we still weren’t 100% there with the set-up. We used the Road Rebel frame, which we know well and in the heats, as well as in the Final, we had an excellent balance.”

“Our performances were good in all track conditions, but unfortunately, our real potential in the Final could not be demonstrated due to the two lost heats and the consequent, unfavorable position on the starting grid. But I think the overall balance of the weekend is positive in any case and I’m sure that in the next events we will be able to do very well.”

The next and final race for the FIA Karting European Championship – KZ/KZ2 is scheduled on September 6th at Genk, in Belgium, while the highlight of the season for the Shifter classes will be the World Championship scheduled in October in Italy on the Lonato track.