The opening round of the FIA European Karting Championship – KZ2 was won by Viktor Gustavsson, this Sunday on the Adria Karting Raceway. The Swedish driver dominated the final race of the weekend ahead of Simone Cunati and Giuseppe Palomba. 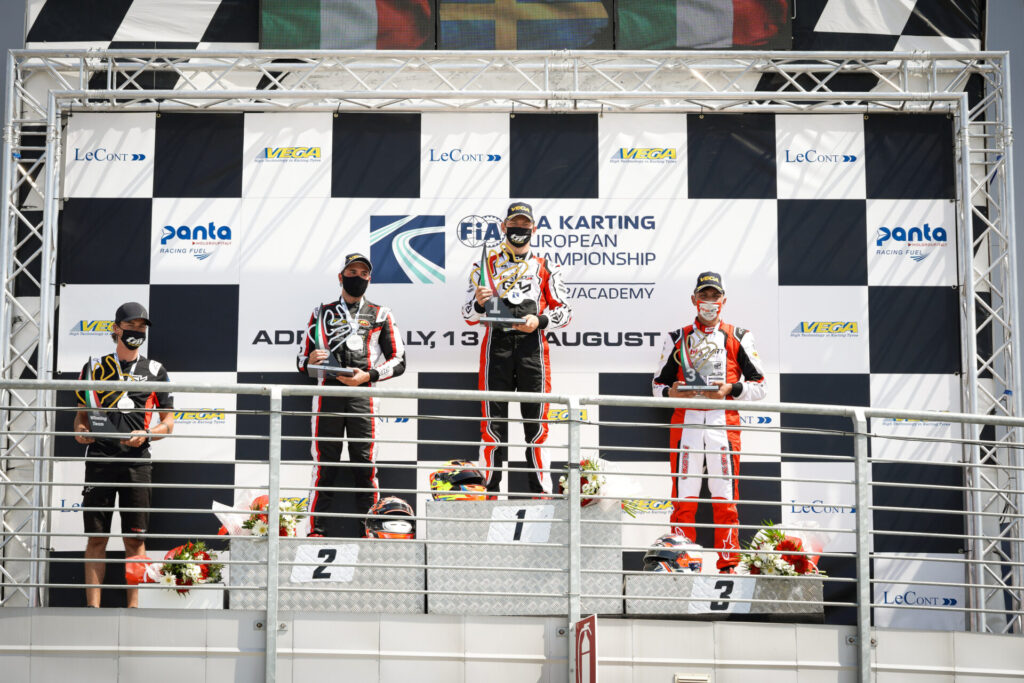 The Final was to confirm the same hierarchy. Gustavsson was the fastest and won in the colors of the Leclerc by Lennox Racing team with a substantial lead of more than six seconds and the fastest lap in the race.

The gap between Cunati, Palomba, and Tonteri narrowed as the race approached the finish, but the positions on the line remained unchanged. Cunati was therefore the highest placed Italian.

Tom Leuillet (Praga/TM) completed the top five ahead of Davide De Marco (KR/IAME). Like two other drivers, Danilo Albanese (KR/IAM) was late to the grid and was not allowed to start.

The second round of the FIA Karting European Championship – KZ2 will take place on the “Home of Champions” circuit of Genk, in Belgium, from September 3rd – 6th.