The first Competition of the FIA European Karting Championship – KZ concluded on the Adria Karting Raceway after an excellent day of racing. In sunny and warm weather, the last Qualifying Heats preceded the Finals on Sunday, 16th August 2020. The outcome was more uncertain before Alex Irlando secured victory after leading for the entire race. 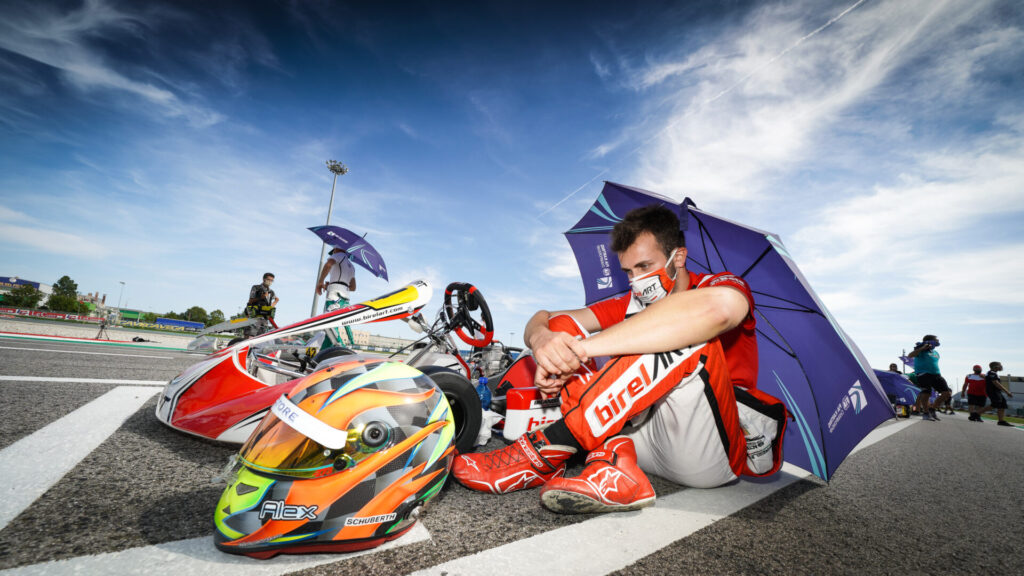 Alessandro Irlando (Birel ART/TM) showed his determination by winning the third and last Qualifying Heat in the morning, but Simo Puhakka (Tony Kart/Vortex) remained at the top of the standings. Despite being on pole position, the Finn would have to deal with two Italians at the start of the Final.

Irlando took the lead immediately, followed by Matteo Vigano (Birel ART/TM). The three men would be together for 22 of the 24 laps of the race. The finish looked very close when Vigano seized with less than two laps to go. Puhakka struggled to avoid him but managed to take second place not far from the winner Irlando.

The second round of the FIA Karting European Championship – KZ will take place on the “Home of Champions” circuit of Genk, in Belgium, from September 3rd – 6th.