The first meeting of the 2020 FIA Karting Academy Trophy at Adria saw a strong performance from the American driver Connor Zilisch who mastered the Final in front of the Luxembourgish Maxime Furon-Castelain and the Dane Jonathan Weywadt! 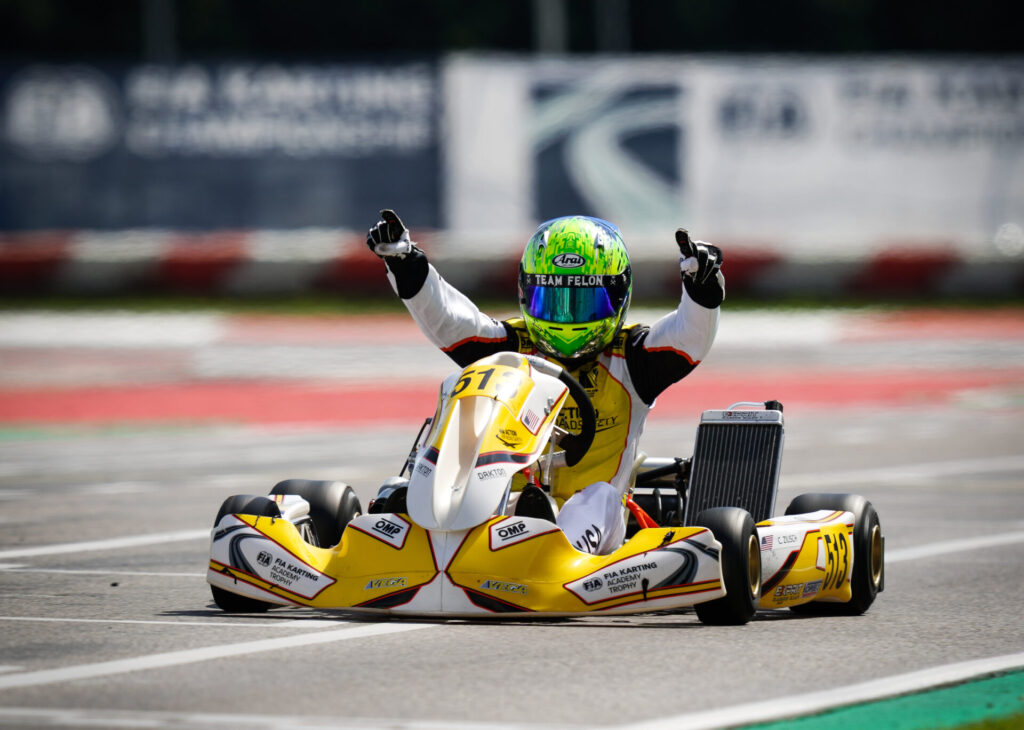 Connor Zilisch (USA) started to make the difference in his last Qualifying Heat of the Academy Trophy, on Sunday morning at Adria. Zilisch’s victory took him to the top of the standings and he shared the front row of the Final with Maxime Furon Castelain (LUX).

Although the latter dropped back to fifth position shortly after the start, Zilisch performed well up to the finish line which he crossed as a strong winner with a lead of more than four seconds and the fastest lap.

The fight was fierce behind him. Furon Castelain was able to move up to second place ahead of Jonathan Weywadt (DNK), Macéo Capietto (FRA) in fourth and Rafael Modonese (PER) in fifth. 11th at the chequered flag, the Italian Matteo De Palo was 20th after penalties were applied.

The second round of the FIA Karting Academy Trophy will take place on the “Home of Champions” circuit of Genk, in Belgium, from September 3rd – 6th.