Emilien Denner (KZ2), Rafael Camara (OK), Kean Nakamura-Berta (OK-Junior), and Cristian Costoya (Mini) took pole position before the running of the opening heats, this Friday at South Garda Karting, host of the fourth round of the WSK Super Master Series. 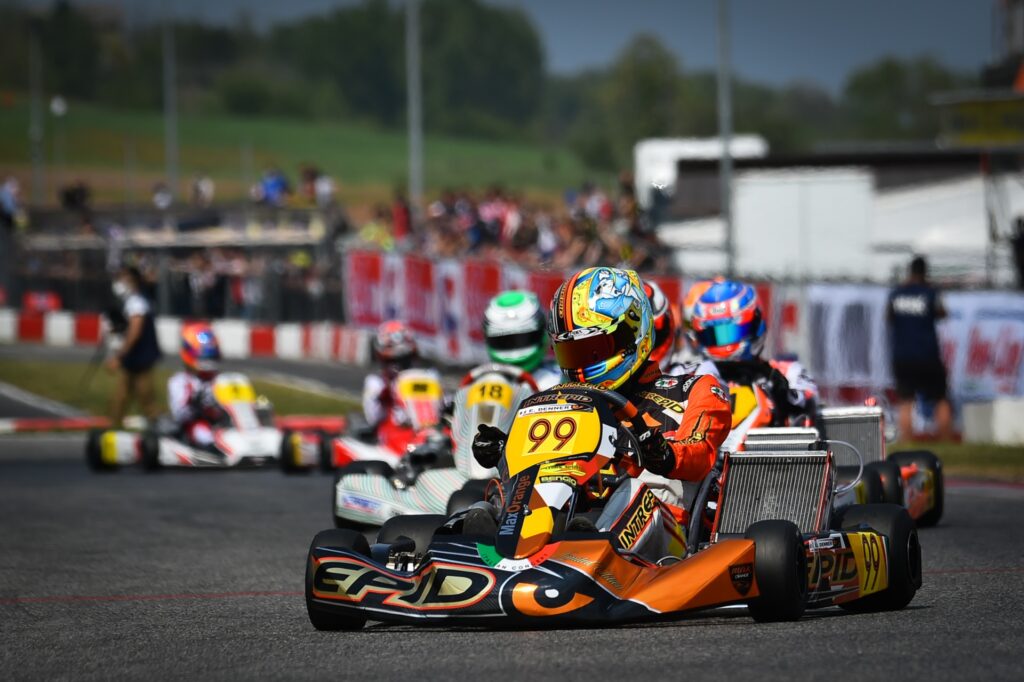 KZ2: Denner on top in Qualifying

The Frenchman Emilien Denner (Intrepid/TM) set the pace in Qualifying, posting the best overall time in 45.220s (Series 1). The fastest time of Series 2 was set by the Italian Francesco Celenta (Parolin/TM) in 45.394s. The Swedish driver Viktor Gustavsson (Birel ART/TM), the Italian Alex Irlando (CRG/TM) and current classification leader from Finland Juho Valtanen (KR/TM) were also among the quickest. In the first heats, Denner kept his momentum with a first victory, while the Dutch Marijn Kremers (Birel ART/TM) won the second race of the day.

KR Motorsport’s pairing made by the current classification leader from Brazil Rafael Camara and the Brit Arvid Lindblad set the pace. The first one led the pack in Series 1 in 45.877s, while the second went quickest in Series 2 with a personal best in 45.988s. Luigi Coluccio (Kosmic/Vortex) also put in a strong Qualifying as second in Series 1 and went on to win the second heat of the day, following an early victory for Camara.

In the three Qualifying series, the Japanese Kean Nakamura-Berta (Exprit/TM) posted the fastest overall lap in Series 2 (47.508s). The Brazilian Matheus Ferreira (KR/IAME) was the quickest of Series 3, in 47.539s, while his teammate from Belgium Douwe Dedecker was ahead in Series 1 (45.578s). Classification leader Alex Powell (KR/IAME) had a more troubled session instead. The driver from Singapore Akshay Bohra (KR/IAME) won two heats, as did United Arab Emirates’ driver Rashid Al Dhaheri (Parolin/TM). Dedecker and the Brit Freddie Slater (Kosmic/Vortex) claimed one win each.

Pole position was set in Series 4 by classification leader Christian Costoya (Parolin/TM) who completed his best lap in 52.719s. The Swiss Kilian Josseron (KR/IAME) was the fastest of Series 3 in 52.869s, the Turkish driver Alp Aksoy (Parolin/IAME) led Series 2 in 52.873s and the Slovenian Matic Presa (Birel ART/TM) did the same in Series 1 with a best time of 53.026s.

In the class’s six heats Costoya secured two wins, while the others were won by the Dutch René Lammers (Parolin/IAME), the Italian Emanuele Olivieri (IPK/TM), the Slovenian Matic Presa (Birel ART/TM) and the Czech Jindrich Pesl (Parolin/IAME).

A live page is at your disposal on this website from Friday to Sunday, including live timing and live streaming (available on Sunday).