An unstoppable fight lightens the WSK Open Cup in Lonato as the Qualifying Heats unfolded without a break at South Garda Karting this Saturday, defining the starting grids for each class’ Final. As for now, we already know three out of four pole-sitters: Giuseppe Palomba (KZ2), Kirill Smal (OK) and Andrea Kimi Antonelli (OK-Junior) as the closing heats for the 60 Mini class take place this morning before the Prefinals and Finals. 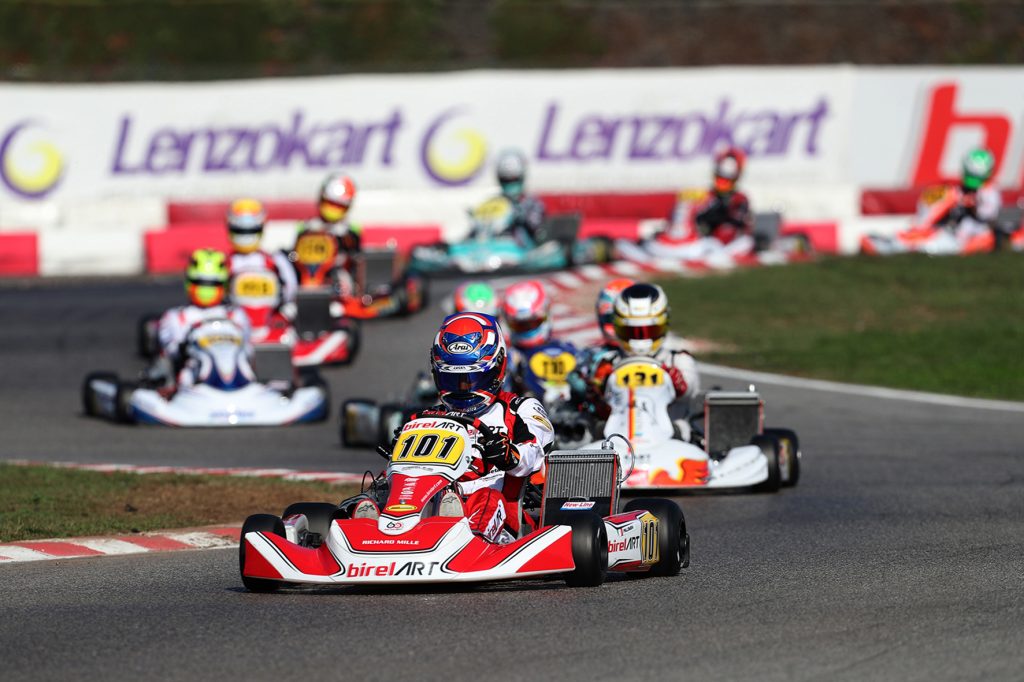 Giuseppe Palomba (Birel Art/TM) didn’t miss a shot by winning the three heats of the class, which put him upfront the intermediate rankings. Giacomo Pollini (Formula K/TM), the fastest in Qualifying, conquered the second place and the first row on the Prefinal grid. In the remaining positions, the Dutchman Stan Pex (KR/TM) moves up to third in front of Alessio Lorandi from Brescia (Parolin/TM).

The OK-Junior leader is still Andrea Kimi Antonelli (KR/IAME) after winning all his four heats! The Italian, therefore, inherited Pole position for the Prefinal A against his main rival Nikita Bedrin (Tony Kart/Vortex), poleman of the Prefinal B and winner of three heats. Next to Antonelli will start Artem Severiukhin (Tony Kart/Vortex), winner of one of heat along with three second places. Surprisingly, the Norwegian Martinius Stenshorne (KR/IAME) achieved the same results and took the second spot on the first row alongside Bedrin. For his maiden appearance with the Sauber Junior Karting Team, Christian Ho (KR/IAME) will start from the second row of the Prefinal B grid and Marcus Amand (KR/IAME), who won this year’s OK-Junior European Championship, from the third row of the Prefinal A grid.

With still three Qualifying Heats to go this morning, the challenge for the lead seems to be between the Austrian Kiano Blum (Parolin/TM) and the young Emirati Rashid Al Dhaheri (Parolin/TM), the only ones amongst many drivers to have won three heat races so far. The fight becomes harder, considering the two victories of the Thailandese Enzo Tarnvanichkul (Parolin/TM) and the Polish Jan Przyrowsky (Parolin/TM). Other contenders are the Bulgarian Nicola Tsolov (Parolin/TM) and the Ukranian Oleksander Bondarev (TonyKart/TM), winners of one heat each.

Follow the final day of the WSK Open Cup on our live page!