The First Round of the WSK Open Cup begun yesterday at South Garda Karting with 262 drivers from 51 nations taking to the track for their respective Qualifying sessions run in sunny conditions after persistent rain during the previous Free Practice sessions. Giacomo Pollini (KZ2), Kirill Smal (OK), Andrea Kimi Antonelli (OK-Junior) and Nikola Tsolov (60 Mini) took the fastest lap times before the opening heat races at the end of the day. 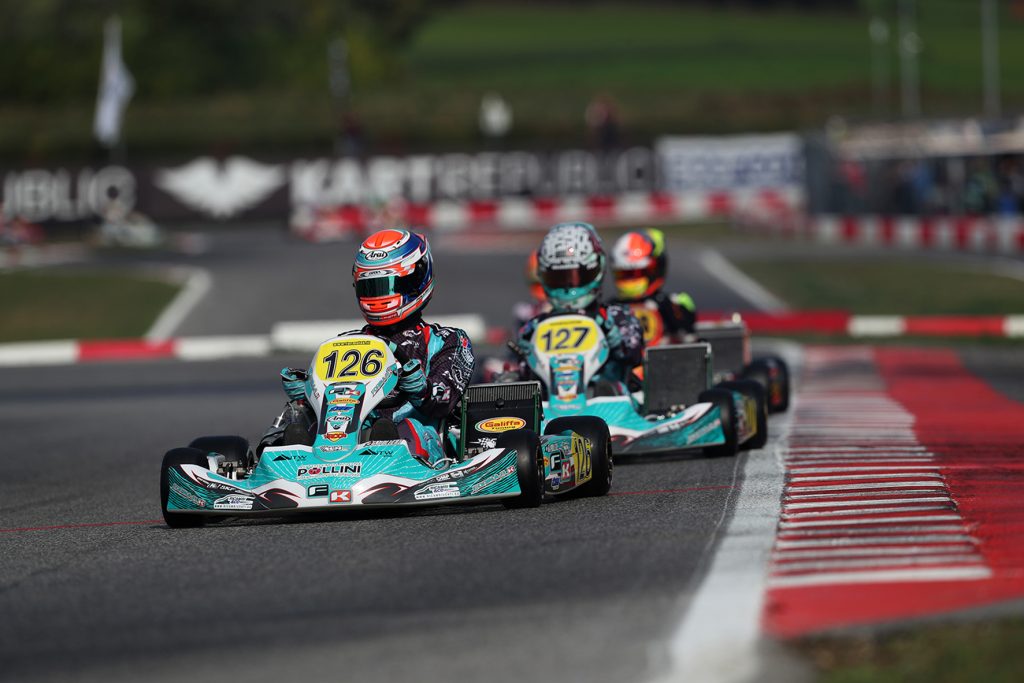 It was the driver from the nearby city of Brescia who took pole in KZ2 with a time of 46.743 seconds ahead of Giuseppe Palomba (BirelART / TM) with a 46.912, followed by the Frenchman Tom Leuillet (Praga / TM) with 46.967. Giacomo Pollini (Formula K / TM) also found his old rival Alessio Lorandi (Parolin / TM), who had gone on to forge a career in single-seater Formula 3 and Formula 2, as the fourth quickest with a time of 46.976 seconds. The first heat raced this afternoon went to Palomba ahead of Lorandi and Pollini.

OK: Kirill Smal in the lead

Andrea Kimi Antonelli (KR / IAME) was immediately in ‘attack mode’ in OK-Junior taking Pole position in 48.324 seconds. He was followed by Singapore’s Christian Ho (KR / IAME) with a time of 48.811, then the Russian driver Artem Severiukhin (Tony Kart / Vortex) with 48.975. It was however the latter who took the first heat win with his countryman Nikita Bedrin (Tony Kart / Vortex) winning the second one on schedule yesterday.

Don’t miss a bit from the opening round of the WSK Open Cup at Lonato thanks to our special page!