Jace Denmark-Gessel finished the 2019 Rotax MAX Challenge Grand Finals on a strong note fighting his way through the field in the Senior MAX Final up to a top-ten finish, making him the highest-classified American driver of the event for his maiden visit on the Circuito Internazionale Di Napoli! 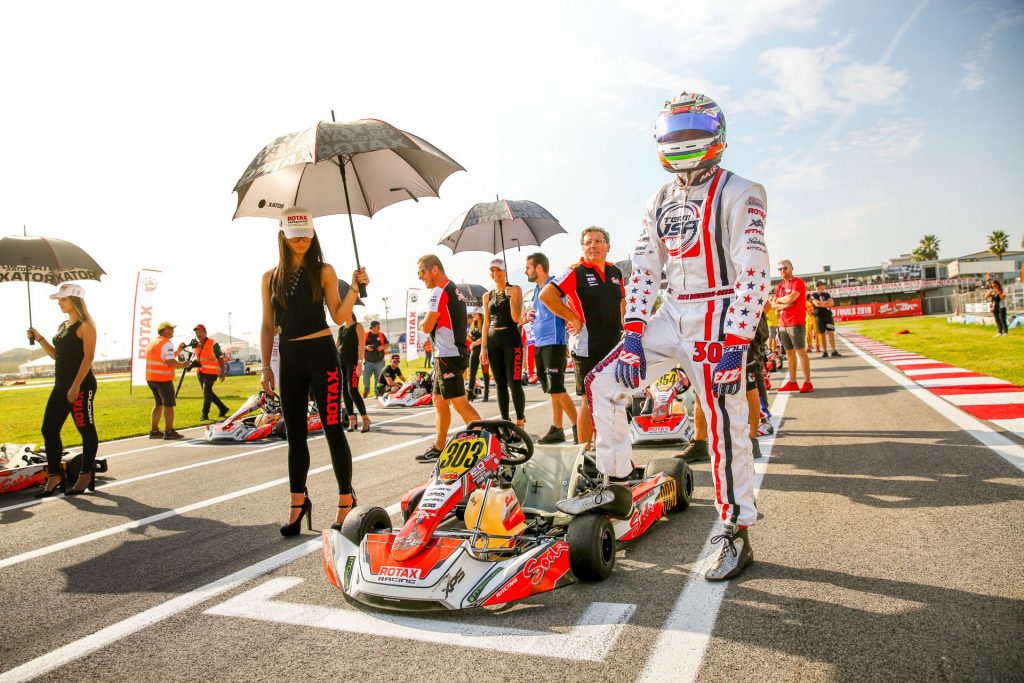 At the end of a long week where he constantly drove amongst the best of the Senior MAX class through each stage of the Competition, which helped him keep a strong confidence in his material and abilities, the young American knew that the hardest part of this year’s Rotax MAX Challenge Grand Finals was yet to come against the 35 other finalists of the category, originally filled with 72 names, each of them willing to bring back their own piece of glory from the 20-lap long race on Saturday.

Still, Jace kept his mind on the task and kicked off his last day of racing at Sarno with the eighth-fastest lap time in the warm-up session. In the Final, he had another strong start and quickly began chasing the upper part of the field, overtaking a few drivers up to tenth place past the halfway point of the race.

While some wheel-to-wheel battles were happening in front of him in the latest stages of the Final, he remained unphased and carried his momentum until the chequered flag that he crossed in ninth place, which turned out to be the best result by a Team USA representative in the entire event!

“16th at the start to ninth at the flag: this Senior Final was really good, we were lapping only a tenth off the fastest without the draft despite a little concern with the tire pressure as we had to defend in the last laps. Still, taking a Top 10-result for my first time at the Rotax Grand Finals makes me really happy! It’s been a long week, so I’m quite relieved it’s over but I already feel like doing it all over again! Thanks again to my team for the great material, the preparation & daily advice, J3 Competition & Team USA for making this adventure possible and, of course, my family, friends and all of you guys for the amazing support!”, he declared post-race.

A strong conclusion to an improving week on and off the track that can only grow Jace’s hunger for more success as he’s heading for his next two commitments: the ‘ROK the Rio’ race marking the pinnacle event of the ROK Cup USA calendar, from Oct. 29th to Nov. 2nd, followed by the Superkarts! USA SuperNationals XXIII, from Nov. 20th to 24th, both held at Las Vegas where he’ll compete with the Ryan Perry Motorsport Team.