The VDK Racing Team was back on track last weekend at the Circuito Internacional de Zuera for the opening round of the FIA Karting European Championship for the OK and Junior classes. The five drivers lined up by the Belgian team found their pace and delivered some strong performances in the Spanish furnace! 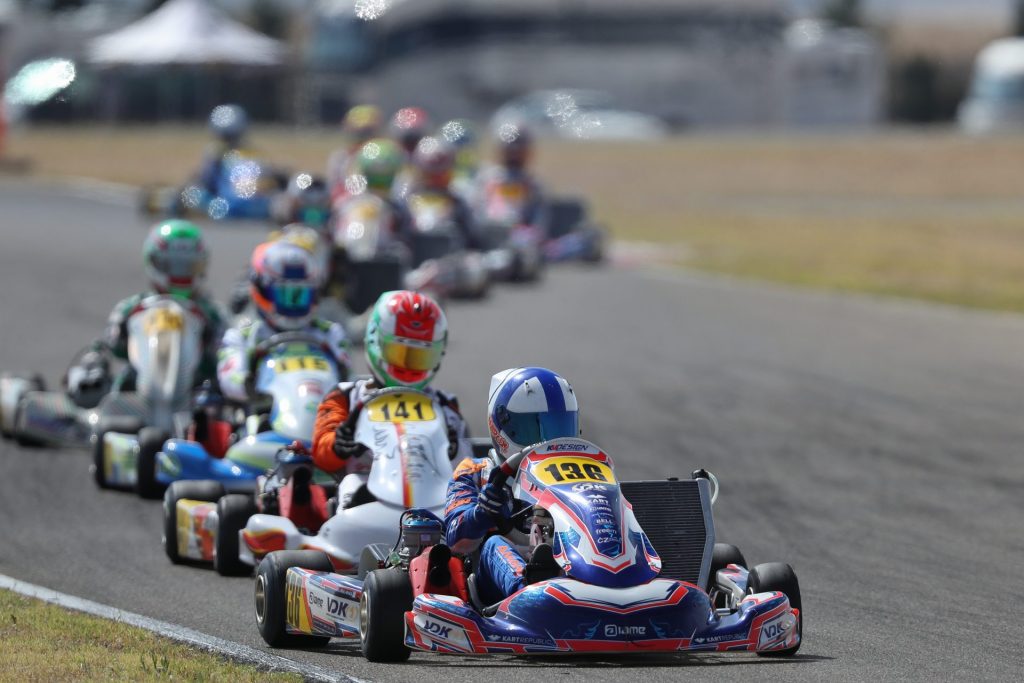 VDK Racing started its European karting season from July 30 to August 2 on the international track of Zuera, one of the fastest circuits in the calendar. The reigning European Junior Champion Marcus Amand, Florian Rousseau-Ricci, and Hugo Besson were lined up in OK, alongside Augustin Bernier and Ariel Elkin in Junior.

Bright sun and strong heat, with temperatures sometimes exceeding 40° C, set the scenery at Zuera, enough to put drivers and their KR / IAME material to the test throughout the week. In OK, Marcus Amand acclimatized quickly and set two fastest times in Friday’s free practice. He then confirmed his improving pace with the fifth-best lap of his qualifying series.

Starting from the fifth row on the grid in his heats, the young French-Finn was among the fastest drivers on Saturday, climbing a total of 17 positions for two Top-3 finishes. He reached the Final on Sunday but was forced to prematurely retire without being able to display his talents until the conclusion of the weekend.

Straight on pace from the start of Free Practice sessions, Florian Rousseau-Ricci took the 13th time in his qualifying group and started his heats on the right foot by climbing six places up the Top 10 doors. A solid performance that he came close to emulate in his final qualifying race but it was not enough to go to the Final after two more complicated heats. Hugo Besson posted an encouraging 14th-fastest time in his qualifying series but lacked some luck in the heats until his weekend on track ended on Sunday morning.

For his first participation in the European Championship with the team, Augustin Bernier shone in the Junior category. The younger brother of Victor, crowned World Champion in 2018 with VDK Racing, was at ease on Friday on the fast Spanish circuit before setting an excellent third time in his qualifying group. The heats’ unfolding varied from clear to sometimes more complicated for Bernier who came out with a sixth and two eighth places as best personal results.

Qualified in the second half of the final field, he fought hard during 15 laps and achieved his most-impressive recovery by making up 13 positions! Ariel Elkin, also making his first appearance with VDK on the European stage, claimed the eighth-fastest time in his qualifying group, giving him a starting position on the grid’s fifth row for his heats. The young Israeli, back behind the wheel in competition for the first time in six months, came close to the Top 10 several times but could not reach the event’s Final despite his commitment and improving pace all weekend.

The VDK Racing Team is already looking forward to the second round of the FIA Karting European Championship – OK / Junior from August 20th to 23rd at the International Karting Circuit of Sarno, in Italy.