The WSK Champions Cup, marking the start of 2020’s karting season from January 23rd to 26th at Adria Karting Raceway, demonstrated the great performance level of carburettors provided by Tillotson Racing to international teams competing at the highest standards of kart racing. 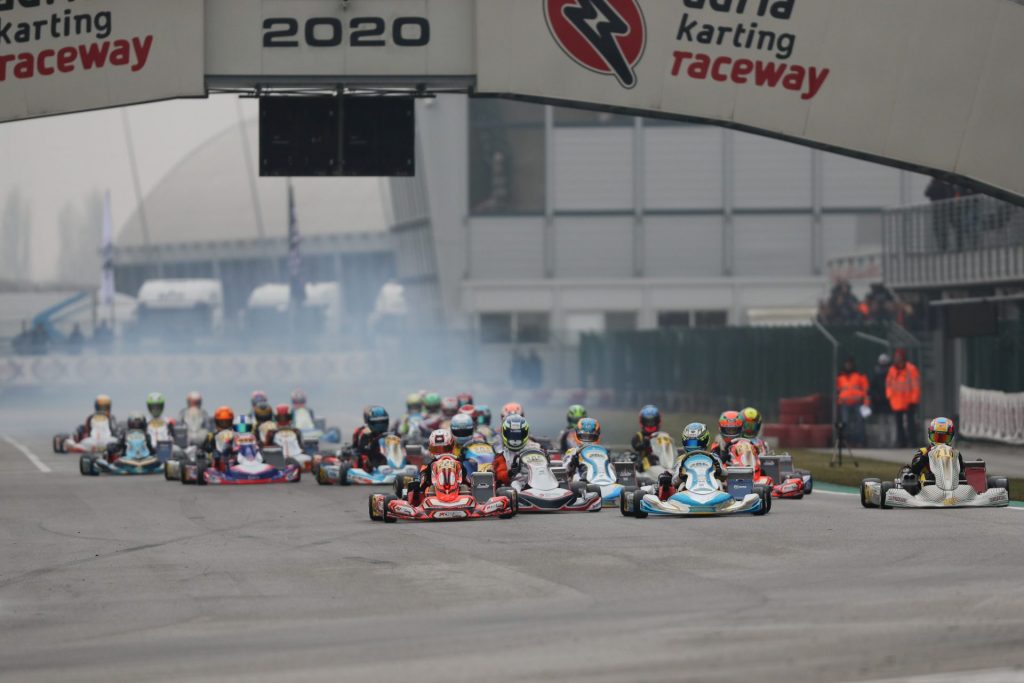 Tillotson Racing started the year with a very strong representation during last weekend’s WSK Champions Cup, providing carburettors to the majority of competitors in the OK class during the season opener run on the Adria Karting Raceway, in northern-Italy.

Despite changing track conditions and mildly cold temperatures, the carburettor models met many drivers’ preferences while always proving fast and reliable. As a result, the first WSK Promotion meeting of 2020 saw some impressive performances delivered by Tillotson carburettors’ users.

Andrea Kimi Antonelli, driving for Kart Republic, kept all his rivals at bay in impressive fashion in the first part of the meeting. After topping Friday morning’s Free Practice sessions, he took OK’s overall pole position then dominated his opening heat race. Sadly, the young Italian could not continue due to an illness.

Harry Thompson produced one of the other eye-catching performances in Adria. After a troubled Qualifying, the British driver from Sauber Karting Team recovered from 44th to sixth in the rankings thanks to some powerful recoveries in his heats. Second in his Prefinal, he concluded the Final on the third step of a podium full of drivers equipped with Tillotson carburettors. It included the Russian Kirill Smal, rising to second place for his debut with Energy Corse, and the Brit Taylor Barnard as winner after a flawless performance from start to finish of the 20-lap race.

Having shown solid speed all weekend, the Brazilian Rafael Chaves Camara was also one of the Final’s main protagonists. Starting on the front row after winning a Prefinal, the Forza Racing driver crossed the finish line in fifth place before he was eventually classified 11th due to a penalty

Barnard, the young standard-bearer of Rosberg Racing Academy, was thankful when underlining Tillotson Racing’s involvement in his second consecutive success in the WSK Champions Cup. “This win was a great way for me to start the year. As a Kart Republic team, we were consistently fast in all conditions. My carburettor provided by Tillotson Racing worked perfectly all weekend, it was really on point whatever the conditions, with very little to no adjustment needed! Our working relationship with them was already successful last year and we hope to continue to build on that for 2020.”

Tillotson Racing Track Technician Mark Ffrench commented: “Tillotson carburettors were mounted to over 80% of drivers in the OK category. Our HC112 model powered Taylor Barnard to victory and our latest HC115 models were used by many drivers throughout the field. Tillotson Racing also had a new engineer at the track, Keith McCloughry, who will be supporting elite events for 2020!”

Tillotson Racing is again at Adria Karting Raceway this week, ready to support participants using its HC112, HC115, and HC117 carburettor models for the First Round of the WSK Super Master Series from January 30th to February 2nd.